PUBG Mobile Is Getting A New Map Designed For Quick Matches

PUBG Mobile is going even more mobile with its new map. An exclusive that’s set to differentiate the mobile version of PUBG from its PC counterpart.

That’s because ‘Livik’ as it’s called won’t be available in PUBG. Only mobile players will have access to it. Unless PUBG Corp. sees fit to add it to the PC version of the game down the road. The goal of the new PUBG Mobile map is to make matches quicker to get through.

Something which really lends itself well to playing games on the go. That’s not to say that PUBG Mobile wasn’t already capable of being a game that could be consumed in quick, bite-size chunks. It was. But not as much as it will with Livik.

Compared to Vikendi, which is the standard map played in the game, Livik will be better suited to quick matches.

It covers an area which is quite a bit smaller than that of Vikendi. Which spans a 6×6 kilometer grid. With Livik, players will only have a 2×2 kilometer grid to traverse. And matches are said to last around 15 minutes each.

That’s compared to a 30-minute match when playing the standard Vikendi map. Though, matches can be quicker than that if they include really good players who are capable of wrapping things up faster.

With Livik though 15 minutes is about the maximum. So with really good players matches could be even shorter.

Livik is based on realistic Nordic terrain

Though Livik isn’t available as fully rolled out map yet Tencent has shared some small details about it other than the size.

It’s based on realistic Nordic terrain and is an island-based map. It will feature multiple locations that were designed to intrigue players to explore. Such as a volcano, a hot spring, a waterfall and more.

Livik matches will also support a maximum of 40 players. As a frame of reference, Vikendi supports up to 100 players. Which is fitting given its size is three times the size of Livik.

This smaller number of players also contributes to the faster matches. As there are less people to encounter and therefore less people you need to take out. As noted Livik is still in beta, and there is so far no mention if a specific launch date.

All Tencent has said is that the map is coming to the game soon. So that will presumably be at the time of the next major update. 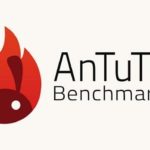 Google Chrome ad blocking: What you need to know