Battle royale games are one of the most popular genres in gaming these days and it’s all thanks to PUBG, a game that has evolved into a few different titles, with its latest being PUBG: New State.

Officially announced on February 24 by KRAFTON Inc., with development being led by PUBG Studio, PUBG: New State is in a way the future of the PUBG franchise. And, it’s a mobile-only title. While that might not seem like a big deal at first, it is.

It solidifies two things. For one, it shows that mobile is a tried and true platform for gaming and that PUBG Studio and KRAFTON are able to recognize the room for more growth potential. And two, mobile gamers will have a PUBG game that is entirely unique to the mobile ecosystem, since this game won’t be releasing on PC or consoles. It also points to a continued effort to innovate and evolve the battle royale genre on multiple fronts platform-wise.

PUBG: New State is launching on Android and iOS later this year

If you’re eager to get your hands on this new game, you’ll have to wait a little while. According to KRAFTON Inc., the game is releasing later in 2021. With it being almost March, that leaves a wide open space of about 9 months.

Though it probably won’t take the rest of the year to release, 2021 has proven to be somewhat of a repeat in terms of game development. With many titles getting delays. That does not mean players will see a delay here too. However the release is not likely around the corner either.

Get ready to customize your weapons

While the game is built on many of the popular elements of other PUBG titles, it also introduces some unique features that KRAFTON Inc. says evolve the genre. Like a new in-game weapon customization feature for example.

Players will be able to customize their weapons with a wide array of different kits that change the weapon and make it more personalized. Grenade launcher attachments, different fire rates/modes, and improved stats are just a few examples of how that will work.

These customizations will be unlockable. So there’s plenty of incentive to play often. In addition to the weapon customization, PUBG: New State also introduces new items, such as new futuristic ballistic shield, new vehicles (which you can see in the trailer below), combat rolls, and drones.

Players should also look out for alpha tests opening up throughout the year if they want to be one of the first to check out the game before it launches. 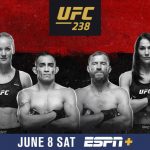 Watch Cejudo vs Moraes At UFC 238 This Weekend, Exclusively On ESPN+ 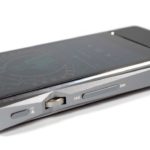