Redmi has announced three K40 series flagships. The company announced all three phones in China, but they will arrive to global markets soon. The devices in question are the Redmi K40, K40 Pro, and K40 Pro+.

The Redmi K40 is the base model, and the most affordable one. The Redmi K40 Pro and K40 Pro+ are more powerful on paper, and are also more expensive, with the K40 Pro+ being the top-of-the-line offering.

The first thing worth noting is that all three of these devices look the same. All three of them are made out of metal and glass, and come with flat displays. A single display camera hole is placed on each of them, and it is centered.

These phones do offer thin bezels, and their rear camera setups are located in the top-left corner. Redmi’s branding is placed on the back as well, it’s vertical, and included in the bottom-left corner.

Having said that, these devices do share some specifications, but there are some differences. Having said that, we’ll first take a look at what they have in common, and will then talk about what’s different.

This is what the Redmi K40 smartphones have in common

A side-mounted fingerprint scanner is also included, as is an IR blaster. The same goes for two SIM card slots, as there are two nano SIM card slots placed in all three smartphones. Android 11 comes pre-installed, with MIUI 12. MIUI 12.5 will arrive soon, though.

What are the differences?

The Redmi K40 Pro has the same setup as the Redmi K40 in that regard, but without the 12GB RAM model. The K40 Pro+ comes with 12GB RAM only, and it includes 256GB of internal storage.

The Redmi K40 offers Bluetooth 5.1, while the other two phones have Bluetooth 5.2. Only the Pro and Pro+ have Wi-Fi 6E support, while the regular unit includes Wi-Fi 6. 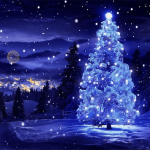 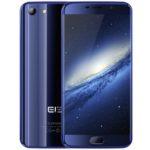 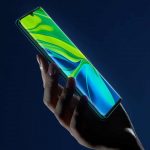