The Samsung Galaxy Z Fold 3 and Z Flip 2 are coming this year, and their display information has just surfaced. We’ve seen such information before scattered over various leaks, but all of this is coming from a single, reliable source.

The source in question is Ross Young, a well-known display analyst. He responded to the information Chun shared about those two phones, and several others, as that information was wrong, apparently. Well, he responded to a user on Twitter, who asked him about Chun’s information.

It is also worth noting that the Galaxy Z Flip 2 may be called the Z Flip 3. Samsung may aim to bring the Z Flip lineup to the same level as the Z Fold lineup, and thus skip over the Z Flip 2 naming. We’ll see, contrary reports surfaced in the past.

That being said, both the Galaxy Z Fold 3 and Z Flip 2 are expected to arrive in June or July, according to the information shared earlier. Nothing has been confirmed yet, but that’s when they’re expected.

How To Get Disney Plus (and ESPN Plus, Hulu) For Free
LG V70 Flagship Leaks To Show Us What We’re Missing

Here’s How You Can Get A Galaxy S21 For Free 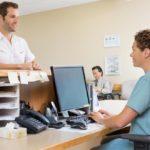