Rockstar Games is apparently planning a release of the GTA Remastered Trilogy, set to launch on PS5, mobile, PC and numerous other platforms. According to a new report from Kotaku.

There have been rumors for the better part of a year that these games were being made. But now confirmation comes from sources familiar with the project, with one claiming that they’ve even seen brief clips of an in-development build of the games.

Describing them as “heavily-modded versions of classic GTA titles.” The GTA Remastered Trilogy is also said to be using Unreal Engine, with visuals that blend both old and new graphics together. Basically, expect some polish to be applied to the visuals, but don’t expect the games to look so different that they look like modern titles. Akin to the graphics in Red Dead Redemption 2.

The trilogy of games is said to include GTA III, GTA Vice City, and GTA San Andreas. All of which are titles that launched on the PS2 console.

If the platform information is accurate, then Rockstar is basically leaving no stone unturned here.

A release on essentially every major gaming platform would mean that anyone who wants to play these titles could do so. Without having to buy new hardware. In addition to mobile, Rockstar is said to be launching the GTA Remastered Trilogy on PS4, PS5, Xbox One, Xbox Series X | S, Nintendo Switch, PC, and Stadia.

This would give Rockstar a wide reach in terms of customers. No exact release date has been confirmed yet when it comes to availability. Having said that, a launch window is supposed to happen in late October or early November. With the possibility that the PC and mobile versions could be delayed until 2022.

It’s also still unclear what the games would cost or what the actual gameplay would be like. But based on the current details Rockstar reportedly wants to keep things close the original titles. So while visuals may get a nice refresh, actual gameplay sounds like it will stay mostly the same. Save for potentially a few tweaks. 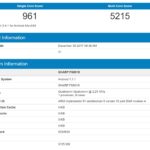 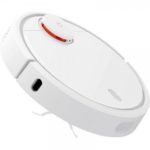 Cheaper than on AliExpress: Xiaomi Redmi 4X and other useful gadgets 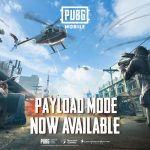