Samsung today announced its earnings guidance for the fourth quarter of 2019 and it’s the same old story. The company is expecting another big slump in operating profits. The world’s largest smartphone and memory chip maker estimates a sales revenue of 59 trillion won (~$50.5 billion) for the three month period that ended in December 2019. While those numbers don’t differ much from 59.27 trillion won it posted a year earlier, declining prices mean profits came crashing down to 7.1 trillion won (~$6.02 billion) from 10.8 trillion won the company earned in Q4 2018. This marks a 34 percent year-on-year (YoY) decline in operating profits.

Samsung recorded its highest ever profits in the third quarter of 2018 on the back of strong sales of memory products. A decline in demand and prices for memory chips followed and since then, things have only gone downhill for the company. Q4 2018 set the tone for a difficult 2019 as the semiconductor division has been Samsung’s cash cow for years.

Samsung’s other divisions have been hit by competition as well. Its mobile business is consistently seeing a drop in profits due to declining prices, while the display business posted a loss in Q1 2019. We’ll have to wait for the full earnings report to get a better idea of how Samsung’s different divisions fared in the final quarter of last year. Analysts suggest that the semiconductor division, which is likely still the largest contributor in operating profits, may have partially recovered towards the end of 2019. Samsung will publish the full earnings report later this month.

Going forward, Samsung could see a continued recovery in the semiconductor space. Analysts expect market conditions to improve in the coming months as the US-China trade war eases off slowly.

Samsung will also be relying heavily on 5G to add to its business in 2020, particularly on network equipment which will enable carriers to deploy their 5G networks. It will also be looking to build on its dominant market position to offer 5G smartphones at various price points. The company has already set the tone last year as it shipped more than 6.7 million 5G smartphones globally, capturing more than 50 percent of the global 5G smartphone market. The head of Samsung’s IT & Mobile Communications Division recently branded 2020 as “the year of Galaxy 5G,” so clearly the company is just getting started. 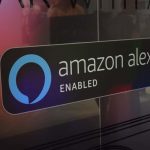 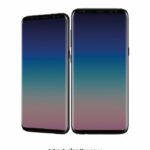