The Samsung Galaxy S21 series was launched back on January 14th at the Unpacked event. Not only did the phones come with a refreshed design, but they also packed a bunch of cool new features as a part of One UI 3.1. One of which is the upgraded Single Shot, i.e. Single Shot v2.0.

The Single Shot feature first debuted on the Galaxy S20 series. It quickly became a favorite feature of Samsung Galaxy S20 users. So, Samsung upgraded this feature with improved AI technology and added the latest version on the Galaxy S21 lineup.

The new version of Single Shot is much improved and gives better results as compared to the previous version. Now, in an official blog, Samsung has explained how this new-improved Single Shot feature works on its newest phones.

Talking about updates, the duration of the Single Shot video is bumped to 15 seconds (from 5 seconds on Galaxy S20) on the Galaxy S21 lineup. During this time, it also takes up to 10 photos per second.

Later, the AI analyzes the video and photos taken with the Single Shot feature and picks out the best moments. Moreover, the AI also adds the Fast Forward (3x) effect or the new Dynamic Slow motion effect, depending on whether the footage captured is in fast or slow motion.

This gives the user a wide array of AI edited videos to quickly share across their social media platforms. Normally, editing this many videos with different effects would require a lot of time.

If you take a photo of people or pets, then it applies the bokeh effect or blurs the background using AI. The Aesthetic Engine checks the facial expressions and rejects a photo where someone blinked or is looking down. This engine is trained with a database of 300,000 photos that were selected by professionals.

Poorly framed photos are rejected by another AI feature called Smart Crop. It was trained on a much larger database of 100 million shots. The AI properly edits the Landscape shots and keeps only the interesting parts.

Another neat trick which Samsung has up under its sleeves for the upgraded Single Shot for Galaxy S21 is Scene Relighting. The 24-hour time-lapse out of a single photo is created using this effect, which makes use of the Generative Adversarial Network (GAN).

As per the official blog, it picks out elements from the image such as sky, clouds, trees, water, buildings. Later it animates the scene from morning to sunset and even nighttime. 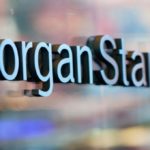 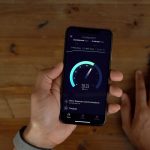 Report: Intel to supply 5G modems for the iPhone in 2020

BritBox launches in the UK for £5.99/month as streaming wars heat up