Samsung does not present a threat to TSMC when it comes to 5G chip sales. That’s according to reports stemming from the company’s Q2 figures and pooled by Nikkei Asian Review. In fact, despite Samsung’s best efforts, TSMC managed to corner 51-percent of the global foundry market. Samsung managed to take just 18.8-percent, comparatively.

Samsung, for its part, is not waiting idly by while TSMC continues to dominate the market. Instead, it’s taking a longer approach to the chip market. At least as far as recent news is concerned. The company will reportedly be skipping the 4nm process entirely in a bid to arrive first at 3nm.

That follows a short-fall on Samsung’s part last year. In 2019, Samsung was poised to take the crown from TSMC and, at the very least, arrive at the 5nm chipset level first. That would have given it more sway in onboarding new customers. And it could have seen it grow substantially into 2020, with the eventual launch of 5nm into mass production. But it didn’t quite meet that goal.

TSMC plans to launch its own 4nm chip process as early as 2022 or 2023. Depending on the rate of development at Samsung, the South Korean company could bypass Taiwan’s leading foundry to arrive at 3nm well ahead of the competition. That could, in turn, help it bring on more customers across the board, including in 5G chip production on that process.

TSMC has wavered but continues to grow

Now, none of that is to say that TSMC has had an easy time. Huawei will no longer be a part of its revenue stream as of September 12, thanks in part to sanctions put in place by the US government. The Chinese tech giant has faced an increasing number of sanctions that make any turnaround on that front implausible. But Huawei also accounted for 15-percent of TSMC’s revenue last year. That makes it TSMC’s biggest customer.

That’s in addition to supply chain problems happening almost universally across the tech industry. Regardless of the underlying pandemic that’s causing the shortages, TSMC doesn’t appear to have missed a beat. And, in fact, it doesn’t appear to be concerned about losing Huawei at all.

At least one supplier said to be close to TSMC has reportedly said that demand from TSMC hasn’t dropped at all. Moreover, demand has increased to such a level that “more staff are needed.”

The noteworthy trend tracks well with the growth of 5G overall. So Samsung may have a shot in the long-term from its decision to bypass 4nm in favor of 3nm chips. But it doesn’t appear as though TSMC is going to be coming up short any time soon. 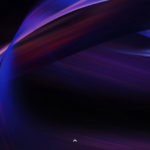