The Samsung Galaxy A82 specs have just surfaced online, as part of a leak for a different phone. We’re talking about the Galaxy A Quantum 2 here, whose specs have appeared online.

The phone will likely launch in the near future, and it will be more powerful than its siblings. Thanks to this leak, we can not only check out its specifications, but take a look at the device itself.

As you can see in the provided image below, the Galaxy Quantum 2 aka Galaxy A82 will offer a familiar design. The phone will include thin bezels, a flat display, and a centered display camera hole.

Its rear-facing camera setup will resemble the one on the Galaxy S21 series, but only to a degree. This camera housing won’t be an extension of the phone’s frame, nor anything like that. It will offer a more streamlined design.

Now, in regards to specs. The device will feature a 6.7-inch fullHD+ Super AMOLED display. That display will offer a 120Hz refresh rate, by the way. The Snapdragon 855+ is said to fuel this smartphone.

The phone will also include 6GB of RAM and 128GB of internal storage. Android 11 will come pre-installed on it, along with Samsung’s One UI skin.

A 64-megapixel main camera will sit on the back of the device, while it will be joined by two other cameras. We still don’t have any information on those two cameras, unfortunately.

A 4,500mAh battery will be included, and it will support 25W fast wired charging. A 15W charging brick will be included in the package, so if you’d like to take advantage of full charging speed, you’ll need to get a separate charger.

Dolby Atmos support will also be included, as will an in-display fingerprint scanner. The phone will measure 203 grams, while it will be IP67 certified for water and dust resistance.

The Galaxy A Quantum 2 is said to go on sale on April 23, while it will become available to pre-order on April 13. The Galaxy A82 will probably follow soon after. 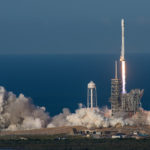 Thoughts on Events of the Past Week