Just last month, Samsung launched the Galaxy A51 5G smartphone in the US for $499. Now, the leaks about its successor have already started surfacing online. According to GalaxyClub, the upcoming Galaxy A52 will come with quad cameras and 5G support.

However, the company is not expected to launch its new Galaxy A smartphone any time soon. Going by the launch dates of its predecessors, the Galaxy A52 could launch in early 2021.

Since the 5G connectivity is still limited to very few markets, Samsung should continue launching in both 4G and 5G variants. If you didn’t know, the 4G variant of the Galaxy A51 is the world’s best-selling Android smartphone in the first quarter of 2020.

In particular, the primary camera will now sport a 64MP sensor instead of a 48MP sensor. However, this might not bring in any major improvements unless the company works on the processing side. There are already a few Galaxy M-series smartphones with a 64MP camera in the budget segment.

It should be receiving three years of Android updates

The device also features an ultra-wide camera, a macro sensor, and a depth sensor. Like its predecessor, the Galaxy A52 might sport a 5MP macro sensor. As of now, there is no information regarding the exact resolution of the other two sensors. Besides, the company is also expected to launch the Galaxy A72 as the successor to the Galaxy A71.

In the coming months, there will be more leaks popping out revealing the other specifications of these smartphones. Additionally, both of these new smartphones should be running on the latest One UI 3.0 based on Android 3.0. Even the Galaxy A51 smartphones came with Android 10 out of the box.

Samsung recently started beta testing of the new One UI 3.0 in the US and South Korea. Nevertheless, the Galaxy A52 will also be eligible for three major Android OS updates. With the refreshed update policy, Samsung guarantees up to three years of software updates for all Galaxy flagships smartphones and select Galaxy A smartphones. 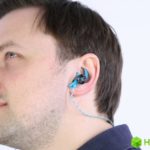 What Bluetooth headphones are best for sports? 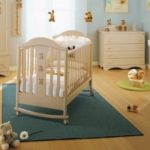 How to choose a baby crib – tips for young parents