Samsung might just do consumers a solid and release the Galaxy Fold 2 with a lower cost. That smaller price tag though will also come with less storage.

According to a new report from SamMobile, Samsung will release the next version of the Galaxy Fold with 256GB of storage instead of 512GB. This lower storage capacity amount is what will help bring the price down.

Granted, the phone will still be expensive. There’s no doubt about that. The current version retailed at launch for just under $2,000. Not to mention the foldable screen tech behind the displays is still very new.

So even with a second iteration where the tech is a bit older and more refined, and less storage, the price on the Galaxy Fold 2 isn’t likely to come down that much. Any price drop at all would be good though.

The Galaxy Fold 2 doesn’t have a rumored cost

It may be rumored that the phone will cost less but there’s no rumor on what the actual cost will be.

So far there’s only speculation, but consumers can probably expect the price to be close to the Galaxy Z Flip’s original retail price. Which is $1,400.

That’s not to say that Samsung will charge the exact same amount for the Galaxy Fold 2’s new lower cost option, but it might be a good baseline when contemplating how much Samsung might sell the phone for.

There will probably still be larger storage capacity options

Samsung may be considering a model with less storage capacity, but a model with more than 256GB of internal storage is likely still in the cards.

READ  HTC U11 have tested the strength of

Though, for many 256GB is more than enough room for anything you might store on your phone. Even if you’re taking lots of pictures, it’s hard to use up that much space.

Larger mobile games like Call of Duty Mobile which sit around 1GB or more tend to be some of the bigger space hogs on smartphones, and chances are the people that buy the Galaxy Fold 2 aren’t looking to use it as a mobile gaming phone.

Whether or not there’s anything else that Samsung will be scaling down in this additional model is uncertain.

But, a lower barrier of entry is probably a good thing if it wants to sell a lot more of the Galaxy Fold 2 than it did of the Galaxy Fold. Especially given the current situation and the state of the economy. Consumers aren’t going to want to spend as much. 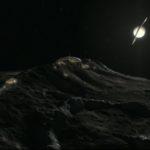 Yapet: the strangest moon in the Solar system 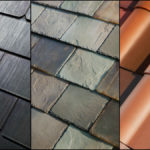 OnePlus To Launch Four Devices In March, Here’s A List