Rejoice Samsung Galaxy Fold owners, because the OEM is now rolling out the stable Android 11 One UI 3.0 update. Notably, the Galaxy Z Fold 2 received the Android 11 update just a week ago.

And now, its predecessor is grabbing the latest One UI 3.0 update. When it comes to pushing the Android 11 update, Samsung has been one of the best-performing OEMs.

A bunch of Samsung devices have already picked up the stable Android 11 One UI 3.0 update. The company released a dedicated Android 11 update schedule, and as of now, the company has stuck with it.

Along with Android 11 and One UI 3.0 features, the update also bumps the security patch level to the latest January 2021.

The Galaxy Fold Android 11 update is live in France, Switzerland, UAE, and the UK

Notably, according to Sammobile, this new update is live for Galaxy Fold users in France, Switzerland, the UK, and UAE. Apparently, the LTE variant of the Galaxy Fold is picking up the update in France and UAE.

While the 5G variant of the Galaxy Fold is getting updated in Switzerland and the UK. The update arrives with firmware version F900FXXU4DUA1 for the LTE variant.

On the other hand, the Android 11 update for the Galaxy Fold 5G variant arrives with firmware version F907BXXU4DUA1. One important thing to note is that not all regions will pick up the updates before February, as per the official roadmap.

As usual, the Galaxy Fold Android 11 One UI 3.0 update is seeding via OTA in the above-mentioned regions. Meaning that it will not be live for everyone at the same time.

The good thing is that if you reside in the regions where the update is available, you can manually check for it. To do that, you need to go to “Settings.” Then navigate to “System updates.” From there, you need to click on the “Download and install” option. Your phone will then start checking for the new update.

If a new update is detected by your Galaxy Fold, then you can begin with the downloading and installation process. Besides, if no update is detected, then you need to wait for the update to reach your region. Sadly, the official changelog is not available at the moment. 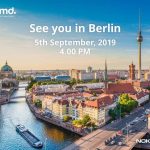 What’s Next For Twitter? Pay To Play Super Follows & Communities