The Samsung Galaxy Note 20+ got certified by the 3C authority in China, and that certification confirms it will support 25W fast wired charging. The certification also confirms 5G support, by the way.

The variant that got certified is marked as ‘SM-N9860’, and it got certified by the China Compulsory Certificate (CCC). The phone’s charging was tested using the Samsung EP-TA800 charger, which supports USB-PD and PPS.

Previous info suggested that the phone will include a 4,500mAh battery. That means that it will not only have the same battery capacity as the Galaxy S20+, but also the same max charging speed.

The Samsung Galaxy Note 20+ is rumored to arrive in August. It will launch alongside the Galaxy Note 20 and Fold 2, allegedly. The device will be made out of metal and glass, and include a display camera hole.

A curved display will probably be a part of the package, but it will be only barely curved. The Galaxy Note 20+ will also include a more boxy design than the Galaxy S20 series.

The device is rumored to feature a 6.9-inch Super AMOLED LTPO display, with QHD+ resolution and 120Hz refresh rate. Android 10 will come pre-installed on it, along with Samsung’s custom skin.

The Snapdragon 865 will fuel this smartphone in the US and China, while one of Exynos chips will do the same in Europe and India. The Exynos 990 or the rumored 992 SoC will fuel it in those two countries.

READ  Google Wants to Make a 'Helpful Home', Not a 'Smart Home'

The device will not support 100x zoom

The phone is expected to include a periscope camera on the back, but that camera will not support 100x zoom like the Galaxy S20 Ultra. An ultrasonic in-display fingerprint scanner will also be included.

The S Pen stylus will be a part of the package, of course. The both the Galaxy Note 20 and Note 20+ will feature it, and the Galaxy Fold 2 may as well.

The Galaxy Note 20+ actually surfaced in CAD-based renders the other day. Those renders revealed its design, pretty much, and it’s exactly what we’ve expected.

Samsung will host an online-only event in August to launch all three devices, allegedly. We still do not know the date, the company will probably announce it next month.

There you have it. The Galaxy Note 20+ will support 25W wired charging, this certification pretty much confirmed it. The phone was rumored to offer even faster charging, but that won’t happen. 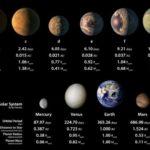 “A storehouse of planets”: the results of the emergency press conference

Now’s Your Chance To Build An Empire With Civilization VI 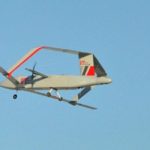 In Russia created a working prototype of an unmanned “self-helicopter”