Nearly half a dozen supposed spare parts for Samsung’s Galaxy Note 9 are already available for purchase, having been listed by one online retailer two weeks before the Android flagship is set to be officially announced. Mobile component supplier Mengtor is now selling what’s said to be the official Galaxy Note 9 charging port, rear camera module, front camera module, and proximity sensor, with the company even listing a tempered glass screen protector that can be seen above. While the image itself implies the Galaxy Note 9 may feature an in-screen fingerprint reader it’s likely just that placeholder as countless reports and rumors that surfaced online in recent months are pointing to the device having a traditional rear-mounted scanner.

Most of the spare parts in question are all rated to be implemented into the U.S. version of the Galaxy Note 9, with the latest leak hence confirming the device in question will be identified by the model number SM-N960U, whereas the international variant of the Android handset is expected to launch as the SM-N960F. The listings themselves aren’t rich with technical details, though they add more credence to recent reports suggesting the Galaxy Note 9 will feature an ultra-wide lens on its back, paired with a more conventional imaging module.  One of the prematurely listed components indicates Samsung will be sticking with the USB Type-C (3.1) port on its upcoming flagship, as expected.

The Galaxy Note 9 started leaking in an extensive manner earlier this month, shortly after Samsung confirmed it will be officially unveiling its next high-end Android handset on August 9. Recent rumors are pointing to August 24 as the smartphone’s official global release date, with the device being expected to start at approximately $960, just like the Galaxy Note 8 did last year. The U.S. version of the Galaxy Note 9 should be powered by the Qualcomm Snapdragon 845 chip, whereas the international variant of the phablet is expected to feature Samsung‘s own Exynos 9810, as was the case with the Galaxy S9 series. 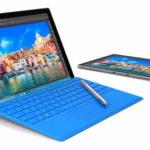 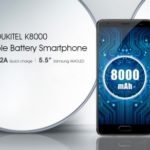 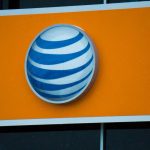