According to a new piece of information shared by a Korean news outlet, the Galaxy S22 won’t include a ToF camera sensor. The source claims Samsung decided not to use that sensor on its upcoming Galaxy S flagship series.

The Galaxy S22 series will probably launch without a ToF sensor

The information comes from an industry official who is in tune with Samsung smartphones, says ET News. He says that Samsung did this because it got feedback from its consumers that its current camera setup is excellent even without a ToF sensor. Therefore, there’s no need to use it.

ToF, for those of you who don’t know, basically counts the amount of time it takes for a reflected beam of light to bounce back to a sensor. This tech is excellent for 3D mapping, hence great for both shooting portrait images and also facial scanning.

The Galaxy S20 series did include the technology, but the Galaxy S21 does not. Despite that, the Galaxy S21 series has an excellent camera setup, and not many people are complaining about the lack of a ToF camera sensor.

That ToF camera sensor may make a return in the future, though. Once AR (Augmented Reality) and / or VR (Virtual Reality) apps start to become an important factor in the mobile world.

Another reason for Samsung ditching ToF technology could have something to do with Apple. Apple’s LiDAR depth sensor is both faster and more accurate than ToF sensors, so… Samsung may be looking for a different way to approach things.

That being said, the Galaxy S22 series is expected to launch in Q1 next year. The Galaxy S21 series launched in January, which is sooner than Samsung usually releases that series. The Galaxy S series usually launches in the second half of February every year.

That leaves us with a question, will the Galaxy S22 launch in January or February. Well, nobody knows that at this point, but Samsung could stick with its new release cycle, we’ll see.

The thing is, the Galaxy S series smartphones usually launch right before MWC (Mobile World Congress) starts. MWC was cancelled last year, so Samsung decided to change things around, and get ahead of the competition.

The best games of the week: the heiress of “Le Corsaire” and a new hit from the authors of Cut the Rope 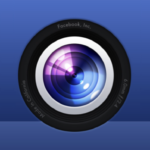 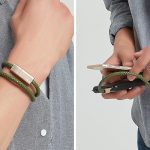