A new report from SamMobile brings good news for Samsung Galaxy Tab Active 3 owners, as the company is now rolling out the stable Android 11 One UI 3.0 update for the device.

Samsung is one of the successful brands that has performed extremely well in pushing the latest Android 11 update. Owing to the huge portfolio of devices, Samsung’s hard work in updating its devices is commendable.

Brands like OnePlus, which doesn’t have a ton of phones to update, struggled to bring Android 11 to its OnePlus 7/7T lineup. But that’s not the case with Samsung.

Apparently, the Galaxy Tab Active 3 Android 11 update is seeding in Europe. Moreover, as noted by SamMobile, users in Switzerland are receiving it first.

The latest update for the Samsung Galaxy Tab Active 3 bumps the security patch level to March 2021. But wait! That’s only a small portion of this Android 11 update.

Along with all the goodies of Android 11, the update also brings all the latest features Samsung has to offer with its One UI 3.0 custom UI.

Talking about Android 11 features, it brings chat bubbles, a conversation section in the notifications area, a one-time permissions option, dedicated media playback widget, and much more.

As far as One UI 3.0 is concerned, it adds AOD, lock screen tweaks, redesigned volume controls, Samsung Free, improved Single Take feature, etc. Besides, it also modernizes the enter user interface of the tablet as well.

READ  Google is adding tutorial videos to Chrome for Android

The firmware arrives with build number BUD5. The official size of the update is not known. However, considering the features this update bundles, we would advise the Galaxy Tab Active 3 users to download this update via a stable Wi-Fi internet connection.

The update is currently live for Samsung Galaxy Tab Active 3 model number SM-T575 in Switzerland. We expect the update to expand over to more regions in the coming days.

As usual, the update is rolling out via OTA in batches. This means it will be gradually available for all users in the active region. If you still haven’t received the update then, you can manually check for it on your phone.

To do that, you need to head over to the “Settings” menu, navigate to “System updates.” From there, tap the “Download and install” option. This will trigger your Galaxy Tab Active 3 to begin checking for the new update.

You can proceed with downloading and installation of the update if your device detects a new update. 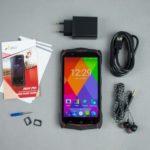