Since there aren’t any major players in the Android tablet market, the arrival of the Galaxy Tab S7 Lite will increase the share of Samsung in this category.

Now, as per the official-looking press renders, the Samsung Galaxy Tab S7 Lite 5G tablet will sport a 12.4-inch LCD display. The entire front frame will be surrounded by uniform thin bezels.

The rear panel of the tablet will be equipped with a dual-camera setup at the back. The camera module is at the top-left corner. However, there is no detail available related to camera specs.

The magnet will help keep the S-Pen attached to the back of the Galaxy Tab S7 Lite 5G. Further, it will also wirelessly charge the S-Pen.

At the bottom of the tablet, there is a USB-C port for charging and a speaker. There is an additional speaker at the top, meaning that the tablet comes with a dual-speaker setup.

All in all, it looks like the Samsung Tab S7 Lite 5G has all the goodies to make it one of the best-performing tablets of 2021. But for that, we will have to wait until it makes its way to the market.

It is rumored to come with the Qualcomm Snapdragon 750G chipset and will be coupled with 4GB of RAM. Android 11 will come out of the box with One UI 3.1.

There is no official date mentioned by Samsung as to when the tablet will be released. However, as per a mini-roadmap, we can expect Samsung to launch Tab S7 Lite 5G in June.

Additionally, the tablet is rumored to come in four colors namely, silver, pink, and green, as well as the Mystic Black, as shown in the renders. 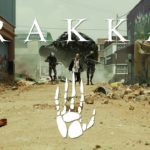 Even Among the Suicide Squad, Harley Quinn is Still a Therapist at Her Core 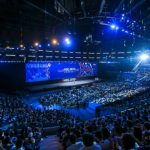