Samsung Galaxy Tab S7+ Starts Getting Android 11 In The US

Samsung has started rolling out Android 11 with One UI 3.1 to the Galaxy Tab S7+, in the US. This update started hitting Galaxy Tab S7 and S7+ units in Korea in mid-January, and it’s now reaching the US.

Android 11 is hitting the Galaxy Tab S7+ units in the US, and quite probably the Tab S7 as well

We’ve received the update on our Galaxy Tab S7+ unit, which is why how we know it’s happening. The update is probably rolling out to the Galaxy Tab S7, though we cannot confirm that.

Do note that this is a staged rollout, so you may have to wait a bit before it reaches your device. You should get it in the near future, though. In terms of changes, One UI 3.1 is very similar to One UI 3.0.

This new version of Samsung’s UI mostly changes things under the hood. Considering that this is the first Android 11 stable update for this tablet, One UI 3.X, in general, is a novelty, so you’ll notice quite a few changes. The Galaxy Tab S7+ was on Android 10 thus far.

The UI has been changed a bit, while new features have been introduced

The first thing you’ll notice are changes in the UI. Android 11 elements have been implemented, but in Samsung’s own way. If you have Android 11 on your Galaxy smartphone, you’ll know exactly what to expect.

You may notice that animations are a bit smoother, while haptic feedback has also been tweaked. Chat bubbles are now supported on a system level as well, while menus have been streamlined.

There are quite a few additional changes that you’ll notice, but these are the main things that are easily noticeable. You can navigate to the Settings, to the Software update menu, if you’d like to check if the update is available for your device. Alternatively, you can allow the tablet to let you know when it’s available. Regardless, be patient if it has not arrived yet. 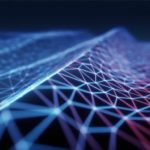 Multidimensional mathematical world… in your head 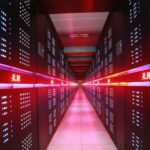 Made in China #95: the success of Xiaomi in Russia, hunting miners and other news 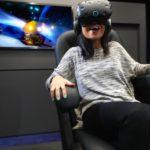