Samsung Galaxy Upcycling Is In Beta & You Can Join Right Now

Samsung Galaxy Upcycling at Home is now officially in beta for the UK, US, and Korea, according to a recent announcement from the company. That means that at least a few users will now be able to access the service. In effect, allowing them to recycle their old Galaxy devices into smart home gadgets.

What is Galaxy Upcycling and what does it do with your Samsung device?

As noted above, the Samsung Galaxy Upcycling at Home beta program is intended to test helping users get more life out of their smartphones. Specifically, as a way to reduce e-waste but also to get more without spending more.

Samsung has provided a few examples of how Upcycling can be beneficial since it was first announced back in 2017. Essentially informing potential participants as to how the program can help them repurpose the built-in sensors in those devices. Samsung says that the AI solution built into the software can help the devices work as sensors around a smart home ecosystem. For instance, recognizing and distinguishing between sounds in the ‘everyday surroundings’.

With that set of features, a smartphone on the Samsung Galaxy Upcycling at Home program can detect and provide alerts or smart home responses to a baby crying, dog barking, cat meowing, or a knock at the door. Conversely, the sensors can also be used to measure room brightness, activating smart lights when that drops below a user-defined level.

The latter of those, Samsung bills as a pet care measure. And the same feature can be used to turn on the TV when it gets too dark. Or any number of other smart home integration responses. All with a focus on optimizing battery for the resource-intensive tasks in question.

Here’s how you can get involved

Now, using your old Samsung smartphone as part of this program is fairly straightforward. Just so long as you happen to still own a Samsung Galaxy S or Note 9 series device or newer. Or, of course, a Z Flip or Z Fold handset. The company does indicate that more devices will be added over time.

To begin with, the entire program is centered around Samsung’s SmartThings platform. So it can presumably fully integrate with SmartThings-friendly ecosystems such as Google Home. That also means users will need to access the SmartThings Labs feature within the SmartThings app to get started.

Concept: It’s time for the MacBook Air to get its iBook moment following the reinvention of the iMac
Top 10 Best Road Trip Android Apps – 2021 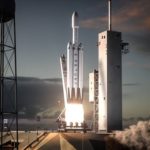 Elon Musk, the Falcon Heavy will launch at the end of the year?

TikTok Tries To Fight Its Ban By Enlisting Facebook’s Help

This $249 Phone Comes With Four Years Of Warranty