The Samsung Galaxy Z Fold 3 is coming in a couple of months, and its camera specs have just surfaced online. This information comes from Tron, a well-known tipster. He shared the information via Twitter.

On the back, the phone will feature three 12-megapixel cameras. Now, the source did not reveal what sensors will Samsung use for these, but it’s possible that both main and ultra-wide units may be copied over from the Galaxy S21.

The phone may include an under-display camera

The Galaxy Z Fold 3 will be fueled by the Snapdragon 888 SoC, and it will include plenty of RAM and storage. The device is also expected to offer a better build than its predecessor, and also be water and dust resistant. 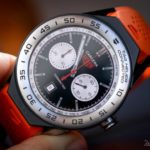