Samsung is planning to launch the Galaxy Z Fold 4 this year, a successor to the Galaxy Z Fold 3. Quite a few information regarding the device surfaced up to this point, and in this article, we’ll group all the important ones below. We’ll essentially tell you what you can expect from the company’s upcoming foldable. The Galaxy Z Fold 4 will likely launch alongside the Galaxy Z Flip 4, by the way, though we’ll cover that device in a separate article.

The Galaxy Z Fold 4 likely won’t change too much compared to the Galaxy Z Flip 3, from the design standpoint. Still, there will be a number of improvements that we’ll get. If you’re interested to know more about the Galaxy Z Fold 4, well, read on. Plenty of information is included down below.

This article will be regularly updated with new information on the Samsung Galaxy Z Fold 4 (this is a preview article) — both official teasers and credible leaks, rumors, and insider claims — as it becomes available in the run-up to the release of the upcoming Android smartphone. The last update was made on May 19, 2022.

The Galaxy Z Fold 4 will be squarer than its predecessor

That’s not all, though. It will also be shorter and wider, as it will have a different screen aspect ratio. It should be far easier to type on now, even when the device is folded. The phone is said to measure 155 x 130 x 7.1 (when unfolded), while the Galaxy Z Fold 3 measures 158.2 x 128.1 x 6.4mm, when unfolded. What’s interesting is that the Galaxy Z Fold 4 will be a bit thicker, it seems. This could be due to a number of reasons, like a different hinge.

It will include a thinner & lighter hinge

Speaking of which, the Galaxy Z Fold 4 is said to have a thinner and lighter hinge. By thinner we mean it won’t protrude from the device so much as it does on the Galaxy Z Fold 3 (shown in an image below this paragraph, though this is not a leak, keep that in mind). It may still be a bit wider, which may cause the phone to be a bit thicker. That hinge is also said to be more expensive, and more durable at the same time. It’s referred to as a “single hinge”.

On top of everything, the device itself is said to be lighter than its predecessor. It is said to be “very light” for a foldable of its size. It will still be quite hefty, though, as there’s only so much it can be done with a foldable device of the Galaxy Z Fold 4’s size.

Don’t expect an S Pen silo to be included

Now, many people are expecting an S Pen silo to be included inside this phone. Well, that likely won’t be the case. Several reports arrived claiming that it won’t be happening, and that makes sense if the device is to be lighter than its predecessor. Samsung likely doesn’t have the required space inside the phone to make this happen, and/or doesn’t want to make the phone heavier.

Powerful specs in tow, led by the Snapdragom 8 Gen 1+ SoC

The Samsung Galaxy Z Fold 4 will be quite a powerful device. It will be (according to reports) fueled by the Snapdragon 8 Gen 1+ SoC. That is Qualcomm’s flagship SoC made by TSMC, which offers better performance and thermals than the Snapdragon 8 Gen 1. Samsung will almost certainly utilize LPDDR5 RAM and UFS 3.1 flash storage inside of this smartphone. Chances are we’ll get 12GB of RAM, and several different storage options. Those options may be market-dependent as well.

The Galaxy Z Fold 4 is expected to have a different display aspect ratio than its predecessor (on both displays). Samsung will likely switch from 25:9 to a 23:9 aspect ratio. The company may retain the same display sizes, though. Not much information surfaced on this, but it’s possible we’ll get a 7.6-inch main display, and a 6.2-inch secondary one. Both of those displays are expected to offer a 120Hz refresh rate, and both will be flat. Both will also offer high resolutions, beyond fullHD.

The same battery capacity is expected

What about battery capacity? Well, the Galaxy Z Fold 4 is expected to have the same battery capacity as its predecessor. In other words, you can expect a 4,400mAh battery to be included inside the phone. Those batteries will be provided by ATL, it seems.

The Galaxy Z Fold 4 is said to have three cameras on the back. Based on the information that surfaced, those cameras will be more powerful than the ones on the Galaxy Z Fold 3. Samsung is said to include a 50-megapixel main camera here, along with a 12-megapixel ultrawide camera. On top of that, a 12-megapixel telephoto camera (3x optical zoom) is also expected. A tipster even said that the telephoto camera will be Samsung’s best 3x camera thus far.

It may include the same 50MP camera as the Galaxy S22

Unfortunately, that is everything we know about its cameras thus far. Do note that the Galaxy S22 includes a 50-megapixel main camera, so it’s possible the Galaxy Z Fold 4 will ship with the same one. If that ends up being the case, you’ll get an f/1.8 aperture, 23mm lens, along with Dual Pixel PDAF, and OIS support. In regards to the ultrawide camera, it may offer a 120-degree FoV, and 1.4um pixel size. All three cameras will protrude straight from the phone’s back, there won’t be a dedicated camera island on the back.

The Galaxy Z Fold 4 is coming in four color options

It may be more affordable than its predecessor 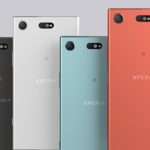