Over the past few years, we’ve seen Google and Apple really up its camera game on its smartphones. While Samsung has mostly sat back and watched. Samsung did add a few more cameras to its smartphones. With ultrawide and telephoto. But it has mostly stuck with the same camera modules for the past three years. Which has been a 12-megapixel Sony sensor.

Many of us in the tech space have talked about how Samsung’s cameras are just “OK”, especially compared to the Pixel and iPhone. Google and Apple have really jumped leaps and bounds ahead of Samsung, mostly thanks to the computational photography that both are using.

Samsung has had enough, and with the Galaxy S20, it plans to become Smartphone Camera King once again.

No more gimmicks for Samsung’s cameras

Samsung debuted the Galaxy S8 back in 2017 with dual-aperture. It sounds cool, being able to let in more light when it needs too. But it ultimately became a gimmick for Samsung. Which didn’t really make a difference. People weren’t buying the Galaxy S8 for the dual-aperture feature.

The company is ditching dual-aperture with the Galaxy S20, and it’s for the better.

Instead, Samsung is going with a new sensor from Sony (that no other phone has used yet), which has larger pixels for its main sensor. While some companies are looking to use these high megapixel count sensors, Samsung is looking for larger pixels. These larger pixels let in more light and with a sensor as small as what smartphones use, that is really crucial. The Galaxy S20 will use a 1.8 micron sensor as opposed to a 1.4 micron sensor found on the Galaxy S10.

Going with bigger pixels means that Samsung should excel in low-light and night shots. Which, we have heard have been updated on the Galaxy S20. But it looks like both hardware and software are seeing updates here. Which is a good thing. We’ve heard that it should be very similar to Google’s Night Sight, which is already pretty insane.

Samsung isn’t alone in going after bigger pixel sizes in 2020 either. HONOR is also planning to do the same with its flagship smartphones. But there are some OEMs that are sticking with bigger megapixel cameras like the 108-megapixel sensor that Samsung has made, and will be available on the Galaxy S20 Ultra – along with a few other phones.

Optical Zoom is getting much needed upgrades

The telephoto lens that debuted on the Galaxy Note 9 was pretty good for the time. It had 2X optical zoom, which was decent. But now that we are seeing 3X, 5X and even 10X optical zoom in smartphone cameras. Samsung needs to step it up. And it’s doing just that.

On the Galaxy S20, we’re getting a new 64-megapixel telephoto lens. Which will bump it up to 3X optical zoom. That doesn’t sound like a big jump, it’s only 1X, but in reality, it’s a pretty big jump.

Now on the Galaxy S20 Ultra, things get even crazier, thanks to that periscope lens that is capable of 100X zoom. Though that is mostly digital zoom, so it’s not going to look all that great. But it’s still fairly insane. The closest to that is the Huawei P30 Pro which does 50X zoom. But do expect it to be pretty grainy, especially since this is still a first-generation Periscope sensor and the software will definitely need some fine-tuning. But just imagine being able to zoom in 100X on a building or a bridge. That’s pretty incredible for a smartphone.

Speaking of the Galaxy S20 Ultra, Samsung is going with a completely different setup on this smartphone. Which includes a 108-megapixel sensor – it’ll be using pixel binning, taking it down to about 12-megapixel images. And the telephoto sensor will be able to do 10X zoom, which is going to be incredible.

Let’s not forget about 8K video

On top of all of this, Samsung is also going to be supporting 8K video on the Galaxy S20 series. Now according to recent leaks, we’ve heard that it’ll be at either 24fps or 30fps. It is capable of doing both, but Samsung is reportedly testing out to see which one would be more feasible. Likely due to a mixture of performance and storage space. Because the Snapdragon 865 is definitely capable of shooting at 8K30.

But let that sink in for a minute. Samsung is going to be selling a smartphone that will be able to record in 8K. While some phones are still struggling to get 4K right (like the Pixel 4).

While most people that buy a Galaxy S20 likely won’t be shooting in 8K, having that feature is still a big deal. It’s going to be mostly for bragging rights, since almost no one has an 8K display that they can actually watch that content on. But it’s still pretty freaking cool.

Samsung is going to be keeping 4K60 on the Galaxy S20, so you can get some ultra smooth 4K footage with it as well.

Cameras have become the biggest feature on any smartphone, and Samsung knows it

It’s not like Samsung is having trouble selling smartphones. Quite the contrary. It is still the biggest smartphone maker in the world. But in order to stay on top, it can’t sit still and let its competition pass it up. Especially in a category that decides which phone customers are buying. And that’s the camera.

As we mentioned before, Samsung has mostly kept the same sensors for the past three-generations of its smartphones. That in of itself, isn’t actually a bad thing. Google has been using the same 12-megapixel sensor in all four of its Pixel generations. And it continues to be the smartphone camera king, but the Galaxy S20 is going to take that title away.

Samsung isn’t just upgrading the hardware on its smartphones, it is also upgrading the software and post-processing. Which is a big part of how well these sensors perform.

The saying goes, “the best camera is the one you have with you” and your smartphone is always with you. So having a great camera on your smartphone is definitely needed. Samsung knows this, and it’s why the Galaxy S20 will be the camera king. At least until the Galaxy Note 20 comes out later this year.

In order to become the smartphone camera king, Samsung had to re-think the camera setup on the Galaxy S20 series. Normally when it re-thinks its flagship smartphones, this means a big redesign in the way the phone looks. But not in 2020. It’s all about the camera.

And when Samsung did that, it went big. Really big. I mean, just look at how many cameras are on these phones. There’s four, and they are all different, on each Galaxy S20 variant. Instead of sticking with essentially the same sensors across the board on all three variants, which is what Samsung has done with its Galaxy S and Note lines in previous years.

Samsung does also have the advantage of being able to release its smartphone ahead of everyone else in 2020. So it can set the bar for the year, and wait for its competition to try and reach that bar.

If it weren’t for the Pixel, Samsung likely wouldn’t be making these major upgrades

Let’s face it, if it weren’t for the Pixel being so good at photography, and Apple following along to drastically improve its cameras, Samsung wouldn’t be going all out on the cameras on the Galaxy S20 series.

Apple had no real reason to upgrade its cameras until last year, when it realized that it was pretty far behind what Google was doing. So it started doing computational photography too. And it released “Deep Fusion” with the iPhone 11 series last year. That brought the iPhone up to the Pixel level of photography, and actually beat it in some instances. Now, it’s Samsung’s turn.

Because everything Apple does, Samsung also has to do. Just look at the rumored “Quick Share” feature that Samsung is going to debut on the Galaxy S20. It’s basically AirDrop but for Samsung smartphones. Now it’s not always a bad thing that manufacturers copy each other. Because if they didn’t, we wouldn’t have these insane cameras that we are getting now.

Though, it is a bit sad that it took Google and Apple drastically improving its cameras to get Samsung to do something about their own. Otherwise, they likely would have kept with the same 12-megapixel sensors again this year.

If you’re waiting for a Samsung smartphone that has the best camera on the market, your wait is almost over. The Galaxy S20 will have the best camera on the market. At least for a little while. Of course, we’ll know everything there is to know about the Galaxy S20, come February 11 when the company debuts the new smartphones at Unpacked in San Francisco. 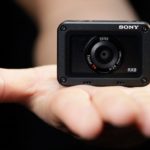 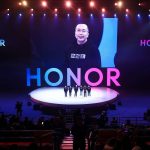