Samsung Is Reportedly Skipping 4nm Chips With 3nm In Mind

Samsung will reportedly be skipping right past 4nm chip processes and aiming for 3nm chips. That’s according to reports out of China citing unnamed industry insiders. The move could potentially position Samsung ahead of its rivals, such as TSMC. But it isn’t at all without risks.

Samsung is said to have made its decision to skip past 4nm process chips as part of its investment plan. In effect, it plans not to invest in the technology at all. The decision could ultimately cost the company a significant amount of ground in the chip-making space. That’s because it would essentially be skipping over an entire generation of chip technology. Allowing other companies to advance further ahead.

Presumably, if the reports bear out, it would hope to regain the ground in subsequent generations of chip technology.

What could have led Samsung’s decision, skipping 4nm chips altogether?

Competition in the chip industry, particularly in recent months, has been exceptionally heated. Samsung represents one of just a handful of companies that could feasibly challenge TSMC’s position in the market. In fact, in 2019 it appeared as though Samsung was prepared to take the crown from its competitors on 5nm. But that didn’t pan out.

TSMC, conversely, is blazing full speed ahead with its chip production — readying itself for 4nm and then 3nm. In fact, the company recently opened up a new chip facility in the US and has led the charge on 5nm processes overall. It plans to enter that market next year and press on to 4nm shortly after.

TSMC plans to launch its 4nm chip process as early as 2022 or 2023 in terms of mass production. The exact timing has seen discrepancies in reporting. Samsung’s shortcomings have been in spite of delays at its biggest rival. Those resulted in a significant delay in 3nm research and development for the company.

Samsung appears to be looking at that gap as a means to gain further ground. By skipping past the 4nm goal, Samsung likely hopes to pour more resources, more quickly into 3nm chips.

The inherent risk to Samsung, if reports are accurate, is multifaceted. First, the process of scaling back chip sizes to improve efficiency has been steady. At least over the past several generations, companies such as Samsung and TSMC have largely relied on the previous chip process to develop the next. By skipping, Samsung risks falling further behind if it runs into roadblocks the 4nm process might solve.

The South Korean tech giant also risks running into issues in terms of funding its endeavor. Samsung has managed to secure orders to mass produce 5nm chips for Qualcomm. Specifically, that’s for the Snapdragon X60 5G modem. But, if 4nm chips prove to be a big enough improvement, it stands to lose an entire generation of business.

The company could potentially offset those losses by cutting back costs to other OEMs, sweetening the appeal of its solution over others. But that isn’t guaranteed to work. And mainstream companies looking to offer the best performance available will undoubtedly turn to the more efficient 4nm chips. 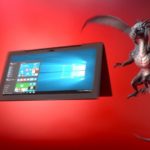