Samsung Opens Android 13-Based One UI 5.0 Beta For Galaxy S22

Samsung has officially begun public beta testing of Android 13 for its devices. The company has opened the One UI 5.0 beta program for the Galaxy S22 series. The first beta update is already rolling out to users in South Korea and Germany. The beta program should soon go live in other markets too, including the US.

One UI 5.0 is the latest iteration of Samsung’s custom Android software. Based on Android 13, it brings all the features that are part and parcel of the newest AOSP (Android Open Source Project) release. But as usual, the Korean company will heavily customize its user interface and will offer tons of tweaks and add-ons.

We saw a glimpse of One UI 5.0 in a leak last month. The notification center now features larger app icons and bolder text. The background opacity has also increased. The permission dialog box appears to be the stock Android version, while Samsung is introducing a proprietary Security and Privacy Hub.

Of course, this is the first beta build. As the testing proceeds, Samsung may change some UI elements or implementations of certain features based on public feedback. The company has already launched a program where active community members will be able to directly provide feedback on One UI 5.0 to its software team.

How do you join the beta program?

Samsung will not open the One UI 5.0 beta program globally. If history is any indication, the program will be available to users in China, India, Germany, Poland, South Korea, the UK, and the US. You can check for your region from the Samsung Members app. If available, you should be able to register your Galaxy S22 for the beta from the app. Simply look for a banner about the program and tap on it to join. Note that carrier-locked variants of Galaxy devices may not be eligible for the One UI 5.0 beta.

Once you have registered in the program, the beta update will be rolled out to you over the air (OTA). As usual, you can check for OTA updates by navigating to the Software update menu in the Settings app and tapping on Download and install. The first beta builds for the Galaxy S22 series bear the firmware version S90xBXXU2ZHV4 and weigh well over 2GB. So if you’re on a limited cellular data plan, you might want to connect your phone to a stable Wi-Fi network before downloading the update.

Samsung is expected to open the One UI 5.0 beta for more Galaxy devices in the coming weeks. The Galaxy Z Fold 3, Galaxy Z Flip 3, and the Galaxy S21 series should be next in the pipeline. The stable update may start rolling out in November. Or maybe even before that. We will keep you posted. 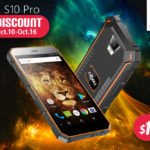 Secure smartphone for 8000 rubles: whether there are such miracles? 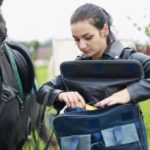 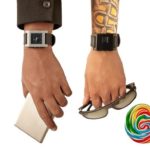