Various rumors popped up recently, claiming to share Galaxy Fold sales numbers. Those were not all that accurate, it seems, but now we finally have some official information.

Earlier rumors suggested that the company managed to sell 1 million Galaxy Folds. Well, it seems like Samsung managed to sell half of that number, maybe even a bit less.

Compared to Samsung’s mainstream smartphones, these sales numbers are bad. Do note that the Galaxy Fold represents a new form factor, and it’s extremely expensive. On top of that, its release was delayed multiple times due to display issues.

In order to do that, Samsung is planning to release more than one foldable smartphone. It will also decrease the price tag on at least one of them, considerably.

The upcoming clamshell foldable smartphone that is expected to launch in February is supposed to cost considerably less than the Galaxy Fold. We’re still not sure if the device will be called the Galaxy Fold 2, or not.

That smartphone will offer considerably thinner bezels than the Galaxy Fold. It will also fold vertically, not horizontally, and it will include a display camera hole.

The device may actually cost half the Galaxy Fold’s price tag (approximately), at least according to rumors that surfaced a while back. We’ll see what will happen, though.

It seems like people are quite excited when it comes to foldable smartphones, though. Samsung’s next-gen foldable device is expected to fix some of the Galaxy Fold’s shortcomings. First and foremost, It is expected to be much less fragile.

Meet TIC, the most advanced and aesthetic way to carry your toiletries as you travel
Ring fires employees for spying on customer videos stored in the cloud 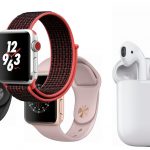 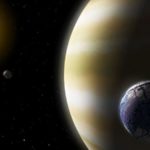 Astronomers may have discovered the first aktolun outside the Solar system