Samsung’s 65W Charger Is Coming, The Fastest One Yet

While we have entered an era where just like the 3.5mm jack, charging adapters will vanish from the in-box contents, a new Samsung 65W charger has cleared TUV SUD certification.

With the launch of the iPhone 12 series, Apple did something that was speculated for long. It removed the charger from the in-box content and instead went ahead with a magnetic MagSafe charger, which the customers had to buy separately.

So, buying Apple iPhone 12 would simply get you the phone and a lightning cable. Samsung was the first to mock Apple by posting that it still gives a charging adapter inside the box.

However, soon after the launch of Galaxy S21, Samsung did the same and removed the charging adapter from the box. Frankly, not many were surprised with this move as Samsung has a tendency to follow Apple.

But it was surprising to see Samsung copying an Apple move so soon. Now, a Samsung 65W charger has cleared TUV certification. This certification also hints that Samsung could soon launch the charger for its portfolio.

According to the TUV certification spotted by MySmartPrice, the 65W charger carries model number EP-TA865. Whereas, it supports a maximum of 20V or 3.25A. All this means, that it supports 65W fast charging.

There is not much information revealed by the certification. So, that is pretty much it. We speculate Samsung would introduce this fast charging technology with Galaxy A-series phones. Take this with a pinch of salt, because it is us just running the speculation game.

In the smartphone department, Samsung Galaxy A52 4G and 5G launch is imminent. As per one of our earlier reports, the Galaxy A52 got certified and some key specs were revealed.

The phone bagged FCC certification and as per that, the phone would sport a 6.5-inch AMOLED FHD+ punch-hole display. It will run Android 11 One UI 3.0 out of the box.

Moreover, the phone will be powered by the Snapdragon 750G processor, which will be coupled with 8GB of RAM and could offer 128GB of onboard storage. The Galaxy A52 5G would be juiced by a 4,370 mAh and will come with 15W charging support.

It will be interesting to see which Samsung smartphone will come with the 65W fast charging support. So, we suggest you stay tuned to AndroidHeadlines for more details on this. 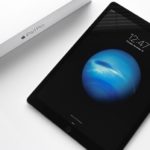 Apple will unveil the new tablets next week, but the presentation will not be

Prove your Pokémon Mastery on the New Trivia Series, ‘Fandom 5’