Previously, we had seen multiple patents hinting that the company is considering various slide-out and expandable display designs. In fact, it had even demoed a rollable screen back in 2016.

If the company is now showing the panel to potential clients, we presume that the Samsung’s rollable display is ready for showtime.

According to the report, such a design will allow you to expand screen size with the push of a button. Otherwise, it will remain tucked up inside the device. Apparently, for this form factor, Samsung will use the Polyimide (PI) material and not ultra-thin glass (UTG).

Unlike foldable panels, which develop crease overtime, Samsung’s rollable display will supposedly not be susceptible to such issues.

Key details are not available yet, but based on patent filings, we have a little idea about what to expect. For starters, the display will likely slide either upwards or sideways. Moreover, the frame around the flexible display will probably expand too so that it remains protected.

Other than it, it will presumably have some sort of rail mechanism to support the movements. Apparently, the display will not be wrapped in a dedicated motor, but it will rather be rolled around the main body of the phone.

Since slide-out phones will not have a hinge like foldable phones, we can expect them to be sturdier. However, the rail can be a potential point of failure.

READ  You Can Buy Galaxy S10 Cases Before Samsung Announces It

Samsung’s rollable display is apparently still at the R&D stage. Thus, we don’t expect the company to commercialize it anytime soon. At the earliest, we can expect this new form factor in about two to three years.

Samsung is kind of still getting started with foldable phones. Although the Galaxy Fold had a bad start, it now seems to be doing fine after reinforcements.

The company is apparently gearing up to launch a clam shell foldable phone next month. Later on, it is also expected to release another bendable handset.

Moreover, reports also claim that other vendors planning to release foldable phones will procure displays from Samsung. So, for now, the company will probably focus more on bendable displays and handsets.

And once the form factor matures, maybe the South Korean giant will think about mass producing rollable displays. After all, the sales of foldable phones pale in comparison to the shipments of conventional handsets. The projections aren’t that great for 2020 either.

So, diving into rollable displays doesn’t seem viable right now. And given the negative publicity around the Galaxy Fold, Samsung still has to prove that foldable phones are durable. Otherwise, consumers will not have any incentive to spend on them.

So, while it remains to be seen if and when Samsung’s retractable phone will reach the market, right now all eyes are on the Galaxy Fold successor. It will apparently feature a UTG display, which will theoretically be less vulnerable to scratches. The phone is expected to sport a 108-megapixel primary sensor and it will apparently cost $1,000.

What It’s Like to To Survive 10 Years in Zombieland 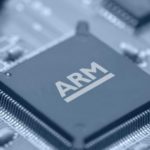 7-nanometer chips Qualcomm will not do Samsung and TSMC 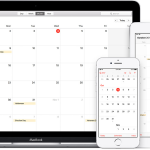