Screen Recording Is Coming For Your Wear OS Smartwatch

Based on a recent APK teardown performed by 9to5Google, Wear OS smartwatch devices could soon have screen recording features. For clarity, an APK teardown is an examination of the underlying code. Teardowns often contain snippets of code related to features that are in the works but not yet ready. In this case, that’s a screen recording option.

The feature in question, of course, does exactly what it says on the box. Namely, it adds the ability to record the screen in video format from the Wear OS smartphone app. That’s as opposed to an on-device option or the existing still capture option.

What would this be useful for?

With the change in place, users should be able to take short snippets or videos from their wearables and then share those. But, since this is still in development, Google hasn’t given anything away with regard to use cases for the feature. The details that are available also don’t indicate any limits on the length of recordings.

The most obvious use case is going to be for developers. Especially since many are still working from home instead of at the office. With that trend expected to continue well into 2021. Or, conversely, for users who are reporting bugs to developers. But the tool could also see use for those who design watch faces and watch face apps. With screen recording available, more accurate representations of watch faces could more easily be shared.

In the app, the screen recording option would presumably be found in the same three-dot overflow menu as the currently-available “Take screenshot of watch” option. That’s the menu at the top-right-hand side of the UI, in the menu for the watch itself as shown in the screenshots below. But, for the time being, it doesn’t appear there.

Instead, a total of three new strings are buried deep in code for the latest version of the app — Wear OS 2.45.0.356582426 — as of this writing. Each points to the screen recording feature coming to the Wear OS app in the future. Given that the code is still very limited, it’s unlikely to make a full appearance for end-users in the near future. 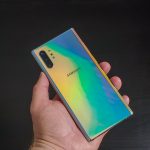 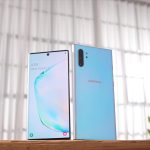 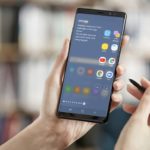