If you own a Samsung device, then you have the surety of receiving the latest updates faster than other OEMs. At least, the security patches. In a recent development, the second May 2021 update is live for Galaxy S20 and S21 series devices.

Notably, Samsung Galaxy S21 was among the first devices to receive the May 2021 security update. Later on, the update started arriving on the Galaxy S20 devices.

It hasn’t been long, but the second update is now live for the Galaxy S20 and Galaxy S21 series phones. Interestingly, this second May 2021 security update comes with the same changelog as the previous update.

There is not much clarity on what new features or optimizations this update brings to the Samsung Galaxy S20 and Galaxy S21 series phones.

FYI, the first May 2021 update introduced the Dual-recording feature for Galaxy S20 phones. Whereas, the update brought improvements to the Camera and Quick Share feature.

As noted by Sammobile, there is a possibility that this new May 2021 update for the Galaxy S20 and S21 series phones fixes a vulnerability affecting Qualcomm’s 5G modems. But there is no mention of it in the changelog.

Talking about the firmware version, the second May 2021 update arrives with build DUE1 for the Samsung Galaxy S20. While the Galaxy S21 series phones are getting the update with build AUE1.

For more information on what all vulnerabilities this update fixes, you can head over to the official Samsung Security Bulletin for the month of May.

The update weighs around 174MB in size for the Galaxy S20 devices. We would still recommend using a strong internet connection to download this new update to avoid any issues while downloading the update. Also, ensure sufficient battery on your phone.

If you are lucky, then you should have received an update notification on your phone. Note that the update will be hitting the devices gradually. As usual, Samsung is pushing this new May 2021 update for both Galaxy S20 and S21 lineup via OTA in batches.

In case you haven’t received the update, you can manually check for it. For that, head over to Settings. Then tap on System updates. Finally, tap the Download and install option.

If a new update is available for your device, then the updater will detect the update and notify you. Simply, you can tap on the update notification to download the update.

With WWDC less than a month away, catch up on our concepts for Apple’s 5 platforms
OnePlus 9 & 9 Pro Receives OxygenOS 11.2.5.5 Update With May Security Patch 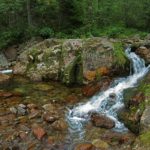 In Germany have developed a water film generator 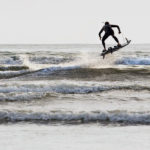 Mako is a surfboard with a jet engine