‘Sinner’ is the Action Game Where You Level Down

Get ready for a boss rush in the vein of Dark Souls. The designer of Sinner: Sacrifice for Redemption is anything but saintly, and you’ll be throwing your controller several times before you see the victory screen.

That glorious mix of fair frustration and hard-earned elation is very much present in Sinner. Though instead of sprinting your way through undead pursuers to a fog gate, Sinner only presents you with boss arenas.

There’s a neat twist: in a kind of sick, reverse-Megaman brand of masochism, each defeated boss will result in a permanent debuff on your character. The order in which you take these on is up to you.

It’s a beautiful game, and all that much more impressive considering it’s made by a small team in Beijing.

A Few Sins to Atone For

Sinner has a few things that need to be sorted out, though we’re sure Another Indie is busy doing exactly that. Some of the sound effects you’ll hear in the above video are underwhelming, and it might need some balance tweaks as well. There doesn’t seem to be a clear risk/reward decision to make around whether to use your short sword or your two-hander.

As mentioned in the video, we’d also like to see some more interesting debuffs. “Less health” and “less items” certainly make the game harder, but do they make it more interesting?

One of the greatest tragedies in the Souls series is its achievements. It fell into the trap of challenging gamers to collect all the weapons, all the rings, all the spells… Meanwhile, the community was making interesting challenges like beating the game without levelling up, or no-shield runs, or the one-shot boss challenge. Why weren’t the achievements themselves as interesting? We’d like to see Sinner not fall into a similar trap.

We’ll pretty much be playing the full version no matter what, though. Because most importantly, it manages to capture that magic of wanting to keep trying, no matter how many times you get knocked down. Because you know when you die, it’s your fault. And you know you can beat the damn thing with just a few more attempts.

Sinner slipped through its deadline of April this year, so we’re not excessively confident in its current release date of “2018.” In fact, it might be wiser for an indie like this to just sit on their finished product until the market’s quieter cadence of early 2019. Here’s hoping we won’t have to wait too long.

Managing Editor at FANDOM. Decade-long games critic and esports aficionado. Started in competitive Counter-Strike, then moved into broadcast, online, print and interpretative pantomime. You merely adopted the lag. I was born in it. 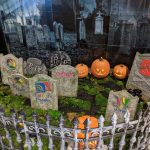 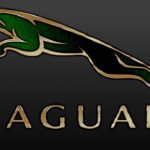