Samsung, being one of the world’s biggest players in the semiconductor industry, has a key role to play in addressing this issue. And to better facilitate the company’s efforts, domestic businesses have asked President Moon to pardon Samsung’s Vice Chairman and de-facto leader Lee Jae-yong, The Korea Times reports.

For the uninitiated, Lee has been in jail since January this year. He is serving a two-and-a-half-year sentence in the infamous 2017 bribery case involving then South Korea president Park Geun-hye.

However, since these investment plans require Lee’s approval, his absence is affecting Samsung’s decision-making. The company executives reportedly get only 10 minutes with Lee in jail. That’s certainly not enough for him to discuss such big investment plans and come to a decision. As a result, Samsung has had to delay its investments. Rival chip manufacturing companies such as TSMC and Intel have already announced their respective investment plans and are in the process of implementing them.

To that end, South Korean business officials have asked the President to pardon Lee so he could facilitate the investment. Korea Enterprises Federation Chief Sohn Kyung-shik reportedly suggested the idea of granting a presidential pardon to the Samsung chief. He shared it during a meeting with the finance minister and heads of economic lobby groups. Other attendees at the meeting showed support for Sohn’s idea. However, it’s unclear whether the finance minister conveyed his message to President Moon.

The South Korean President will reportedly have a face-to-face meeting with US President Joe Biden at the White House in early May. Samsung will likely announce its investment plans just before that summit, which is just about two or three weeks away from now. So details about whether its chief Lee gets a presidential pardon should emerge soon.

Lee is also facing another trial later this month for his involvement in a disputed merger of two Samsung affiliates. So the Korean firm’s leadership woes are far from over. 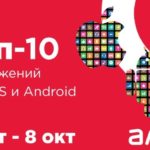 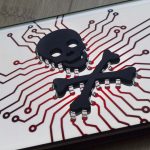