The Steam Deck finally has audio drivers for Windows and you can download them right now if you’re so inclined. Valve announced the news today on the official Steam Deck Twitter page. Prior to today, audio on the Steam Deck while running Windows would only work if you connected headphones. On top of that, they had to either be Bluetooth or USB-C.

This left out anyone who wanted to use headphones that plug into the 3.5mm headphone jack or simply play with the Steam Deck’s built-in speakers. But no longer. Since the initial reveal of the Steam Deck last year, Valve has been forthright in positioning the Steam Deck as a PC. Not just a gaming portable running on a special version of SteamOS. But there was less incentive to use Windows without proper audio support across the board.

Good news to those who want to install Windows on their Steam Deck. Valve has released drivers that support both Windows 10 and Windows 11. So your speakers and headphone jack should work no matter which version you’re running or planning to install.

You’ll need to make sure you have the latest APU driver installed on your Steam Deck for things to work as intended. You can grab that driver and other useful drivers from Valve’s Steam Deck support page for Windows resources.

Of course, make sure you have the necessary instructions on how to get things up and running. Also keep in mind that dual-boot with Windows and SteamOS is not currently supported. Valve says that the dual-boot feature isn’t ready yet, but that it will be released alongside SteamOS 3 once it’s complete.

See also  ‘The Simpsons’ Knowledge Can Be Exchanged For Goods and Services on ‘Fandom 5’!

And that means if you want to use Windows and these new audio drivers on your Steam Deck, you will need to wipe it and use Windows only. That being said, if you don’t want to get rid of SteamOS entirely, you’re better off waiting for the dual-boot capability.

SteamOS works great. And there are plenty of ways to get most things installed that you want to play. The only downside at the moment is game compatibility. Valve is expanding the list of “Verified On Deck” games that you can install. And plenty more work just fine even though they don’t have the verified badge.

Hi all, we’re happy to share that audio drivers are now available for Windows 10 and Windows 11 on Steam Deck! For instructions and more details, please visit the following link: https://t.co/zjU2Ubr8l0

How To Join The Samsung One UI 4 Beta Program 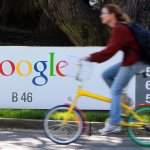 Ex-Google engineer: I was fired for being too liberal

You Can Buy The eufy Wireless Video Doorbell For $79