Twitter announced on Tuesday that it had acquired Revue. Which is a very popular editorial newsletter platform. You’ve likely seen it used by many popular journalists, with “subscribe to my newsletter” all over Twitter. And well, you’re going to see a lot more of that.

Twitter’s product lead Kayvon Beykpour stated in the press release “with a robust community of writers and readers, Twitter is uniquely positioned to help organizations and writers grow their readership faster and at a much larger scale than anywhere else.” He went on to say that Twitter’s goal is “to make it easy for them to connect with their subscribers, while also helping readers better discover writers and their content.”

Acquiring Revue also puts Twitter in competition with Substack. This is a rival email newsletter service that allows for paid newsletters. Many high-profile journalists have left publications to start their own paid newsletters on Substack.

Twitter did not disclose how much it is paying for Revue, and we’d expect its employees to stay on with the acquisition to Twitter. Since their workforce is somewhat small.

Twitter has been a source for news for just about everyone, for quite some time. Journalists use Twitter to get news out to their followers rather quickly. Particularly those that are covering politics. Twitter is also used to promote their newsletters, as well as their websites.

So to bring their newsletters to Twitter, means that people will be staying on Twitter longer. And that means more revenue for Twitter. And it becomes an even bigger news site than it already was, which is also important for Twitter.

Revue wasn’t the first newsletter company Twitter had contemplated acquiring. Twitter had been thinking about acquiring Substack as well.

It’s a rather interesting acquisition for Twitter, but one that shouldn’t be all that surprising.

What Is PlayStation Now? Everything You Need To Know
The Blade X1 5G is one of the cheapest Verizon-compatible 5G phones yet

Why ‘Disenchantment’ Was a Disappointment for Matt Groening’s Fanbase 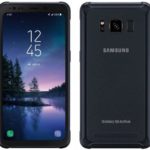 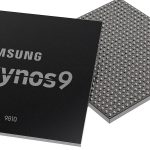