The 5 Strongest Characters in ‘Fire Force’

When Fire Force arrived back in 2019 it proved there’s still ways anime can make superpowers fresh and fascinating, all while delivering a sprawling story as Shinra Kusakabe helps extinguish demonic Infernals causing havoc in Tokyo. While other shows like My Hero Academia show off a wide variety of powers, Fire Force gets inventive when it comes to fighting fire with fire, literally. The powers seen in the series vary depending on if they’re a Fourth, Third, or Second Generation Pyrokinetic. Sure, some Ignition Abilities are a little too hot to handle, but it makes the fight between good and evil all the more exhilarating.

If you’re new to Fire Force, here’s your quick lesson on the Adolla Burst, since it’s a vital part of the mythology in the series. An Adolla Burst comes from a mysterious alternate dimension called (you guessed it!) Adolla. The Burst is also known as the Genesis Flame and it powers the Amaterasu generator — providing all of Tokyo’s energy. People with Adolla Bursts possess greater abilities than other Pyrokinetics. An ethereal villain named the Evangelist wants to assemble eight people (known as Pillars) who have the Adolla Burst inside them to recreate The Great Cataclysm that ravaged the world 250 years before the series began. Now you’re caught up, let’s take a look at the five strongest characters in Fire Force.

Sho Kusakabe’s backstory is quite sad if you think about it. His Adolla Burst accidentally set his childhood home on fire and ignited Shinra’s abilities before inadvertently turning their mother into a Demon Infernal. Amidst the carnage, he was kidnapped by the Evangelist. He grows up as an emotionally cold person and becomes a ruthless killer as the Knights of the Ashen Flame’s leader. His speedy katana skills already make him a vicious opponent, but he’s a force to be reckoned with because of his Third Generation Pyrokinetic abilities. Thanks to his link with the Evangelist he slows time down with an intimidating ability called Severed Universe. Sounds friendly.

Severed Universe makes Sho look like he’s moving at super-speed when actually he moves normally. But with great power comes great… Weakness? When using the ability, Sho literally begins freezing as the universe slows down, meaning he can only use it for a short amount of time. But the villain doesn’t need long to disable his sluggish opponents with his swift katana attacks. It was a tough call between the Kusakabe brothers on the list, but Shinra’s abilities and overall bravery just pushed Sho to the fifth spot.

Shinra Kusakabe’s evolution in the series is fascinating, starting when Sho’s Adolla Burst ignited his abilities during the incident that tore his family apart. Shinra’s Ignition Ability is called “Devil’s Footprints” because he leaves ashes in the shape of footprints behind him after using it. The hero can ignite his fiery feet and control their flames on command to kick the core out of an Infernal or deliver some devastating attacks to his opponents. Shinra also uses the flames as a way of rocketing himself forward, like when he saves Iris in the first episode. Surely his travel expenses should be low? Flying definitely beats taking the train.

But most importantly, Shinra having the Adolla Burst makes him incredibly powerful. He’s one of the Eight Pillars the Evangelist wants to sacrifice. But it’s the extreme potential of Shinra’s speed that gives him an edge. In a dramatic fight with his brother, Shinra pushes himself faster than the speed of light, causing his molecules to split apart. This sends his body back in time to before his molecules separate. See, it’s not all about fighting fire demons, there’s lessons on quantum mechanics too.

Okay yes, Leonard Burns can’t bend time or dematerialize his body, but his Ignition Ability makes him one of the fiercest fighters in the Special Fire Force Companies. He mainly uses hand-to-hand combat to defeat his enemies and isn’t afraid to use all of his strength to beat down weaker opponents, just in case they somehow gain the upper hand. His Ignition Ability is called Voltage Nova and only gets stronger the longer he uses it. Voltage Nova burns the flames inside his body, acting like a furnace to fuel his other physical abilities with thermal energy.

This energy lets Captain Burns jump incredibly high and land without injuring himself as well as withstanding blows from seasoned fighters like the mysterious Joker. He can redirect the fiery attacks from other Pyrokinetics by creating a barrier of heat between himself and his opponent. Remember how he deflected Arthur’s plasma attack? If Captain Burns wants to knock his opponents away, a simple flex of his fingers sends them flying. In the manga series, he has two other stages that make his body completely burn white-hot. If you’re wondering why we ranked him above Shinra and Sho, Captain Burns easily defeated Shinra by deflecting his flaming feet just with his bare hands. Did we mention he’s got the most appropriate last name ever?

Although Haumea isn’t the main villain of the series, she’s a manipulative Third Generation Pyrokinetic and has seemingly served the Evangelist her entire life. She’s fully committed to the cause, first helping abduct Sho Kusakabe at just five years old. Even more disturbing is the fact the young child gleefully controlled Shinra’s Mom after she transformed into a Demon Infernal, forcing her to kidnap her own son, Sho. Haumea does this thanks to her Guerilla Radio ability, which lets her control the electrical signals in her victims’ nerves; she had no problem taking control over Sho following his fight with Shinra.

The villain even managed to stop Sho from using his Severed Universe ability, forcing him to walk away. She’s an incredibly sinister puppet master. Finally, the White-Clad Knight easily defends herself against Company 8 when they rescue Shinra from the Netherworld, but at least the team discovered her weakness: Arthur’s plasma ability.

At our top spot is the strongest Captain in the Special Fire Force, Benimaru Shinmon (or as he likes to be called: Shinmon Benimaru). What makes him stand out from the other Captains? He’s a Second and Third Generation Pyrokinetic, which grants him a pretty destructive skill set. The flame he emits is more powerful than other Pyrokinetics, and he can even control fire from external sources. After being tricked into thinking Company 8 were turning civilians into Infernals, Benimaru briefly fought the team and took them all down before the situation was resolved. He even managed to stop Hinawa’s bullets mid-air before setting them alight and hurling them back at the team.

Benimaru’s Crimson Moon ability earns him the number one spot on our list, which he shows off fighting a Demon Infernal in his hometown, Asakusa. The so-called “King of Destruction” eviscerates the monster mid-air by unleashing a devastating explosion, turning the atmosphere red and giving the moon a hellish appearance. If that isn’t enough, Benimaru can even turn his hands into flame swords to attack his enemies with. Is he overpowered? Maybe. Does he have the most impressive moves in the series? Absolutely.

FunimationCon 2020 is a free two-day stream of cosplay meetups, industry panels, Q&A sessions, and more. The con is coming to you July 3-4.

‘The 100’: Lindsey Morgan on Making Her Directorial Debut
Facebook Reality Labs Takes The Wraps Off Of Sunglasses-Sized VR 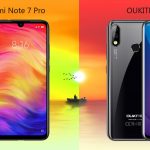 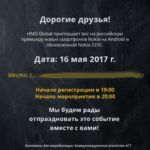 The new Nokia will arrive in Russia on 16 may 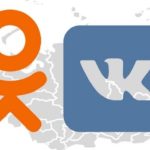