The Biggest Loser in ‘Game of Thrones’ Was Womankind

Game of Thrones’ San Diego Comic-Con panel was meant as a celebration of a series loved by an unprecedented number of fans. But with an army of that loyal following left disappointed by the series’ grand finale, showrunners David Benioff and DB Weiss pulled out of their scheduled appearance at the SDCC event. Speculation has been rife as to why that actually was. With the women of the show (Arya actress, Maisie Williams, aside) also notably absent from the Game of Thrones San Diego Comic-Con panel — and following some discussion at the event about the backlash — we take a timely look back at what went wrong, as we examine one of the show’s biggest mistakes…

Women, know your place. That’s the ultimate message conveyed come the end of Game of Thrones. A bitter aftertaste made even sourer when you consider what the show seemed to be setting up: an overthrowing of the patriarchy.

From the start, the series depicted and treated women in distasteful ways. And as some of the women characters grew wise to the workings of their medieval world, they looked to use their wiles, in the only ways they were able under the regime. They enacted their own brand of resistance against the patriarchy, with some actively fighting back. As the series progressed, it began to look like it had been showcasing women, and the heinous treatment of women, the way it did for a reason – to highlight the abhorrence of patriarchal rule within Westeros, and to set up an insurgence designed to overhaul the ideology.

If you baulked at the show’s repeated insistence on female nudity versus male, and grimaced as women were abused, you became aware that this was perhaps designed in order for the coming coup to have maximum impact. In highlighting the sexualisation of women – through lasciviously shot, lingering close-ups of nude female bodies – and contrasting this with shooting and showcasing the male nude in entirely different ways (fleeting, distant, or obscured shots of a small handful of nude(ish) male bodies that are never objectified), the show was clearly deliberately enraging us, right? In order to later denounce the objectification of women.

Despite a dodgy seventh season, I persevered with a much-criticised Season 8 because I expected the series to redeem itself and follow through on its promise. But that didn’t happen. Plenty of other fans were also disappointed in a show that drew criticism for character shifts that seemed to come out of nowhere. Dany, in particular, was a shoo-in for saviour of Westeros. Instead, she went full Mad Queen – as furious women, especially those scorned by a lover, are wont to do, of course.

Indeed, Daenerys, Cersei, Arya, Sansa and Brienne – the five main women characters we’ll be examining here – all went to battle against the patriarchy, and every one of them was beaten into submission, forced to play by the rules, put back in their box, or compelled to forever remain an outsider.

Daenerys’s entry into the series was as a timid, young innocent, under the control of her vile brother, Viserys. Sold, essentially, into sex slavery by the brother who abused her both sexually and emotionally, she turned the situation to her advantage, teaching her new husband, Khal Drogo, how to love and be loved. Their marriage became a partnership, and Dany achieved her first blow against the system.

Over the course of the next few seasons, we would see Dany make mistakes, and learn from those mistakes, as she learned what it takes to wield power responsibly, and ultimately govern a kingdom, or seven. Some of those mistakes were big ones – incinerating Sam Tarly’s father and brother alive, and executing the masters, to name two — and in hindsight served as a red flag prefiguring the Dany we would see in Season 8. But at the time, it seemed like she was operating within the rules as defined by the world she lived in. She had to be tough to succeed, sometimes making difficult decisions in order to inspire both loyalty and respect, and show that she could be ruthless when required.

Instead, driven to the brink by the prospect of losing out in a leadership battle with Jon Snow – revealed to be her nephew, a Targaryen with a stronger claim to the throne than she – and also by his rejection of her as his lover, she is finally pushed over the edge when her friend and advisor Missandei is killed. (Yes, the show’s only woman of colour was used as a plot device).

In place of emerging as the woman to upend the patriarchy, the show’s creators decided to send her full ‘Mad Queen’, following in her father’s footsteps, turning tyrant and literally ‘burning them all’ with dragonfire. Goodbye, King’s Landing and all its innocent men, women and children. And goodbye, Dany, who perished at the hands of her nephew ex-lover.

Sins of the Flesh

Cersei is far from the show’s villain, despite the hideous things she did throughout its run. Rather, she is a victim, and arguably the series’ most tragic character. Of course, it’s easy to see her as a two-dimensional villainess-type figure because we’re used to patriarchal (small ‘p’) narratives. In fact, Cersei is another downtrodden and abused woman getting a really raw deal from the patriarchy, and mustering everything she can to fight back.

Forced into a marriage with Robert Baratheon – one in which he was an unwilling participant due to his affection for another woman (Lyanna Stark) – she suffered abuse by her husband. A forbidden love affair with her twin brother Jaime and a sexual relationship with her cousin, Lancel, saw Cersei face trial by the High Sparrow and his court. Made to carry out a walk of shame, fully naked, outdoors in the city (from the Sept to the Red Keep) while pelted with excrement and other foul stuff, while her brother Jaime managed to evade any form of punishment for his ‘transgressions’, it’s clear that the show treats women differently to men.

Cersei was punished for her ‘sins of the flesh’ and ultimately female desire, while her brother escaped any penance — and was even ultimately redeemed. And in fact, Jaime lost a hand ultimately because he had the nerve to protect a woman (Brienne) from rape. How’s that for a sign of what the show thinks about women? All understood if Game of Thrones culminates in a win for womankind at the finish line – though Cersei would likely always have been tragic – but instead, with the outcome being what it was, once again women are put in their place.

Sansa is another extremely problematic character, underserved, at best, by the series denouement. At worst, she was woefully — and unforgivably — made to bow to the harmful narrative that violent rape made her the person she became, and forced to acknowledge that she’s thankful for it. Yes, that’s right. Game of Thrones writers penned this line for Sansa actress Sophie Turner to say:

“Without Littlefinger and Ramsey and the rest, I would have stayed a little bird all my life.”

To recap, Sansa was self-servingly and heartlessly manipulated by Petyr Baelish, aka Littlefinger, horrendously abused by Joffrey, and violently raped on a nightly basis by Ramsey Bolton. She got first-hand revenge on two of those – crowdpleasing moments that will remain among the show’s major highlights — and she witnessed the loathsome Joffrey die a painful death too. As the show progressed, we watched Sansa grow into a remarkable woman. And then this. SMH.

Back in Her Box

Let’s go back to that Jaime redemption, shall we? Brienne was instrumental in his rehabilitation. Their relationship drew out the best in him, and the audience grew to like Jaime immensely, even seeing a noble side to him. And when he eventually seduced Brienne and declared feelings for her, it’s actually outrageous, and out-of-character, for her to submit.

Set up as a strong woman – albeit one who falls loyally and royally in love (with Renly) – Jaime gave her the one thing she’d always wanted in Season 8: a knighthood. And then swiftly undid the good the show did by shagging her, then leaving her to return to his one true love, his sister, to meet his fate in her arms beneath a pile of rubble. We’ll never forget the sight of a weeping Brienne in a dressing gown. How to destroy one of the show’s greatest women characters in one fell swoop.

Get back in your box, Brienne.

And finally, we come to Arya. Certainly a fan favourite, and a woman allowed to vanquish the encroaching darkness in her slaying of the Night King – the Princess Who Was Promised to all intents and purposes – she had to do so by becoming a man. Literally disguising herself as a boy (remember Arry?) during her escape from King’s Landing, it’s in posing as a boy that she picked up friends and skills that helped her along the way. She was literally not allowed to be a girl, and in re-adopting her female identity, but insisting on playing by her own rules, she was then forced to forever live as an outsider. The final episode sees her sail off into actual and metaphorical uncharted waters.

But the show really let Arya down during that low-key calm-before-the-storm episode in Season 8, when she seduced Gendry. It kind came out of nowhere, but okay, we get it, you want to have sex before you die. Well done on taking the lead on that. But when the show’s creative team just had to get that full-length nude shot with a bit of side boob showing for us all to salivate over, you knew it was just an excuse to get a shot of her female form now that Arya has come of age. Did we see Gendry’s male form shot in such a way during their liaison? Hell, no. Meaning that as well as finding no space for a woman playing by her own rules in GoT society, she also gets objectified before getting shipped off.

In the game of thrones, it’s women that were always pegged to lose.

Have A Look At The Samsung Galaxy Buds+ In Red 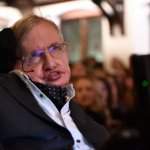 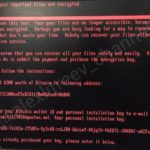 Massive viral attack in Russia and Ukraine: the infected “Rosneft”, “Ukrenergo” and dozens of other