Главная › News › The Biggest Threat In ‘Stranger Things’ Is the Russians

The Biggest Threat In ‘Stranger Things’ Is the Russians

Warning: The following article contains spoilers for Stranger Things Season 3. Proceed at your own risk.

Over the 4th of July weekend, Netflix reports Stranger Things 3 broke its record for the most watched show. Over 40 million household accounts spun up the latest outing for Eleven, Mike, Will, and the rest of the Hawkins gang, with over 18 million already powering through the entire season. That means a lot of people curious about where the story goes from here.

As in previous seasons, the overall plot for Stranger Things 3 has a two-pronged approach to antagonists. Only this time, instead of interdimensional creatures and the U.S. government, our heroes are dealing with interdimensional creatures and the Russian government. In a way, this was inevitable. Russia was the premier enemy of the United States in the 1980s as the Cold War roiled beneath the neon-lit consumerism. The Russians have been part of the Stranger Things mythos since Season One, but now their shadow agents are partially in the light. So just what are they up to?

RUSSIAN TO THE UPSIDE DOWN

The bookending scenes of Stranger Things 3 indicate the Russians have been experimenting with the Upside Down for far longer than anyone should be comfortable with. The season opens in the summer of 1984, several months before the events of Stranger Things 2. It shows the Russians have a highly advanced and well-oiled operation going. Despite failing to open the gate to the Upside Down in the opening scene, the Russians clearly have a better grasp on the home of the Mind Flayer than the United States.

By 1985, the Russians have moved into a new phase. The final moments of the season — unfolding during a mid-credits scene — show that, without a doubt, they have successfully infiltrated the Upside Down. In a secret Russian facility, a hapless Red Shirt is sacrificed to a Demogorgon under Russian supervision. Large volumes of data could be gleaned from watching how a Demogorgon stalks and kills its prey, necessary knowledge if you’re planning on traversing the wilds of the Upside Down.

READ  EXCLUSIVE: ‘Hotel Artemis’ Could Go Global in a Sequel

With all that in mind, a scene from the very first season of Stranger Things now takes on new importance. As part of her worth to the Hawkins National Laboratory, Eleven utilized her powers for spycraft. In “The Acrobat and the Flea,” Dr. Brenner has Eleven search out and find a Russian spy. At the time, the narrative led audiences to believe this was merely everyday cat-and-mouse between world powers. Armed with new information from Season 3, the translated conversation of the Russian now takes on new meaning:

“There are rumors that Americans have exposed a few of our spies on American soil. We are checking it. Perhaps it was intentional disinformation in order to shift our focus from more important things. Contact Evgeniy, Sergey and Anatoliy, find out who made a contact (with them) and if someone didn’t, report to me immediately… Actually no, bring Sergey to me right away. He was on duty when this information… Rumors, appeared first. I need to know where rumors came from… If this is not disinformation, but I am fairly certain, I don’t want to think about the consequences. Go now, what are you waiting for? Hurry up, I need to know where rumors came from.”

It’s possible the compromised Russians were scouting locations for the Key to force open a Gate to the Upside Side. This theory could also explain why Eleven first saw a Demogorgon at this time. If the Russians were actively searching for a way into the Mind Flayer’s home, it would make sense the interdimensional creature would be keeping a close eye on them.

THE SHORTEST DISTANCE BETWEEN INVASION POINTS IS A DIMENSIONAL RIFT

One of the new characters in Stranger Things 3 is a Russian scientist named Alexei. After the failure of his superior to open a Gate, Alexei is given one year to succeed or follow his predecessor into an early grave. The cartoonish villainy of the Russian operatives in charge indicates their government is extremely serious about this project. Given such motivation, Alexei succeeds, using an acidic green substance that is never fully explained.

After being kidnapped by Hopper and Joyce and whisked away to Illinois, Alexei explains (via Murray as a translator) that the Russian government was specifically searching for a weak point through which to punch through to the Upside Down. Hawkins was one such place since Eleven had accidentally opened a natural Gate previously. The “wound” was not yet fully healed. In the heat of the moment, that was all the information that seemed pertinent. But despite his child-like wonder at American traditions and love of sugary drinks, Alexei was still a Russian agent. One who left out (or didn’t know) large chunks of the story.

If you take into account everything we now know — especially the secret Siberian facility with a captured Demogorgon — what is the most logical explanation for what the Russians were doing? Looking for a shortcut. For the most part, the United States and Russia are separated by hundreds, if not thousands, of miles of Pacific Ocean. Evolving the Cold War into an Actual War would take an element of surprise not possible by normal travel. But if an army could, say, step into a parallel world made of nightmares and step out in the heartland of Indiana, they could take over a large part of the United States before our military could scramble a response.

Over at Fandom’s Stranger Things community, Nicolo De Guzman went so far as to suggest the Russians are playing with interdimensional fire. “The end credits scene probably shows how the Russians could use the demogorgons to their advantage,” they suggest. “The upside down could, therefore, tip the scales toward their favor in the war.”

Meanwhile, user Neatjoon suggests an alternate explanation for how the Russians found Hawkins. “Oooo maybe when the Hawkins lab closed, the [employees] there wanted revenge. And I mean giving information to the enemy would be a great way to get that revenge.”

The final scene in Stranger Things 3 left a tiny breadcrumb of a cliffhanger for audiences to mull over. Right before the Russian agents drag the hapless extra to his death via Demogorgon, they pause in front of another door. They hesitate before one declares “Not the American” and they move on. The question then becomes, who exactly to the Russians have captured.

There are several options. Many think the American will turn out to be Hopper. Perhaps, instead of waiting to be dusted when the Key exploded, Hopper dove into the closing Gate. Trapped in the Upside Down is bad, but death is permanent. Most adults who have entered the Upside Down have done so in hazmat suits, but Will Byers’ and Nancy Wheeler’s visits to the other plane showed humans can survive without protection (as long as they aren’t converted into incubators for Demogorgon babies). If the unknown American is indeed Hopper, it would all but confirm the Russians are inside the Mind Flayer’s home, probably doing evil science and trying to map the terrain. Fishing an American out of the Upside Down would also give the Russians pause about trying to feed him to their Demogorgon. If he could survive out there on his own, there’s no guarantee he wouldn’t destroy their specimen.

Another good option might be Dr. Brenner himself. Audiences saw him savaged by a Demogorgon at the end of Season 1, but Eleven was told her pseudo-father had survived in Season 2 (though via a questionable source). If the Demogorgon took Brenner back to its lair to use him as an incubator, it’s possible the Russians discovered him. If so, that would explain not only how the Russians knew to look in Hawkins for a weak spot, but also why the security cameras at the Hawkins Lab were still functional: Brenner would have had access to the feed.

Sarah101012 thinks The American is likely Brenner, saying, “I think the American is Brenner because why would they need hopper? they would kill him anyway because the big Russian dude already tried to do so. so hopper is prob stuck in the upside down.”

Of course, the fun thing about theory-crafting is endless possibilities. Until Netflix confirms Stranger Things 4 is happening, all of these options (and more) are viable. Fandom asked the fans what they think the Russians are up to in Stranger Things. Head over here to discuss your own theories!

Google Pixel 4 Preview: Design Improvement Despite A Huge “Forehead”
Protect Your Home From Intruders With A Discounted Nest Cam 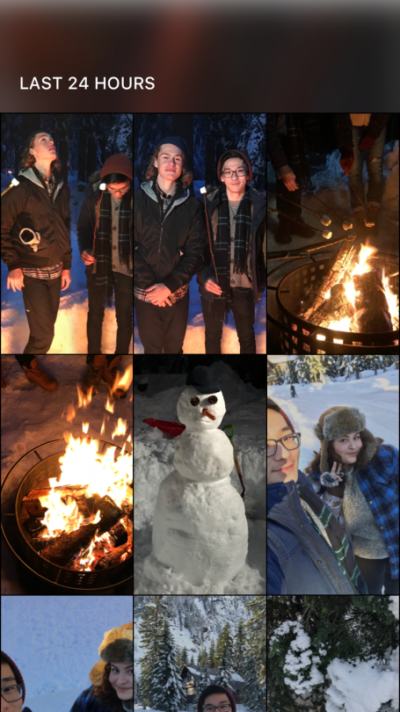 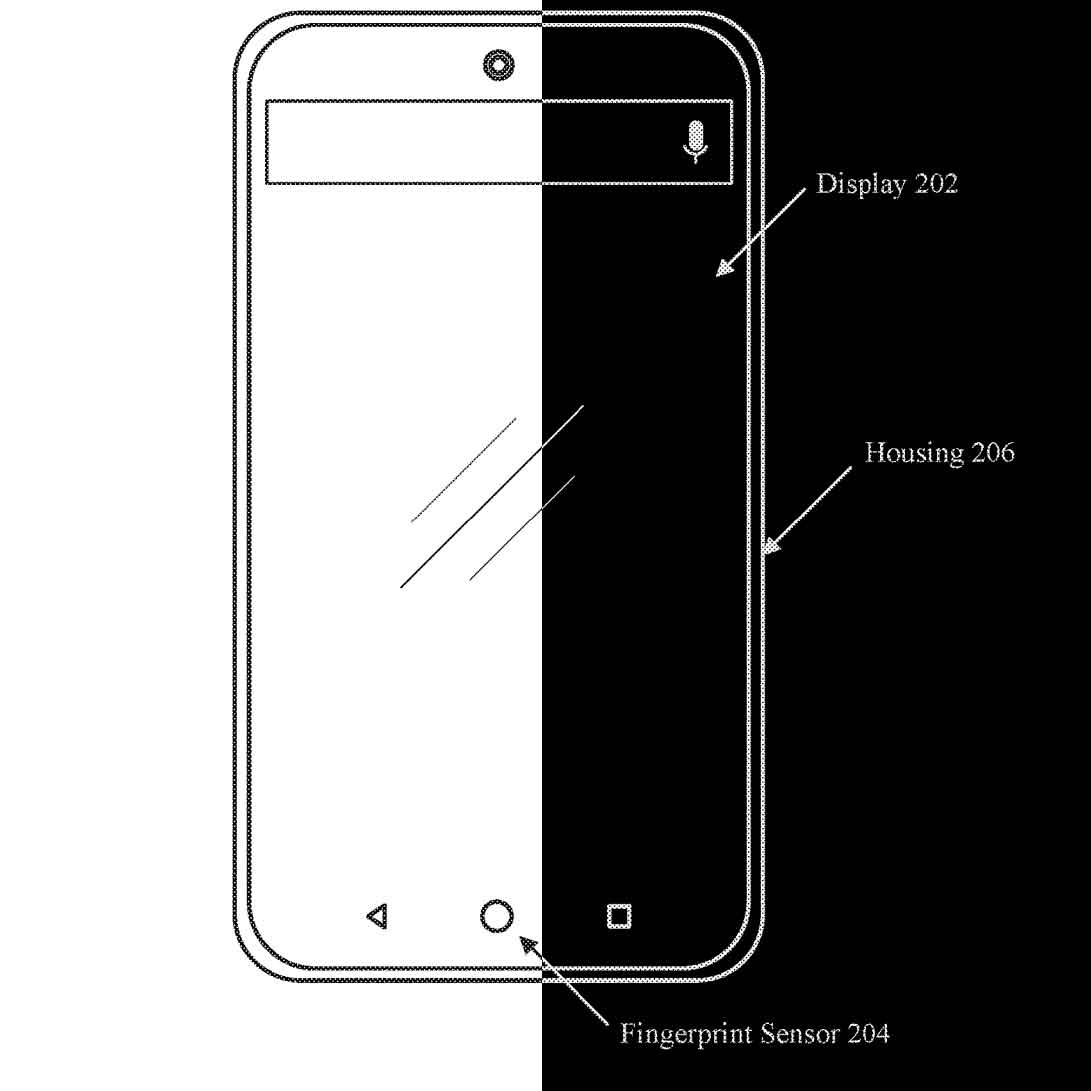