The Justice Department has made it official, and is slapping Google with antitrust charges. Claiming that the company is running a monopoly on general search and search ads.

This was announced in a press conference early Tuesday morning. Where the DOJ was joined by 11 US state Attorneys General. The DOJ stated that Google was operating an unlawful monopoly “through a web of exclusionary agreements.”It also mentioned the fact that Google pays billions to other companies to keep it as the default search engine on other platforms. Like the iPhone. It also cited Google’s own requirement for its partners to load its apps onto most Android phones, which are also undeletable.

The DOJ claims that the anti-competitive practices that Google is using, is illegal under traditional antitrust principles. The Justice Department also mentioned that if it decided to forego an antitrust lawsuit now, “we could miss the next big wave of technology innovation.”

In the press conference this morning, the DOJ also mentioned that it has met with Google about taking steps that can resolve the anti-competitive behaviors it has employed. But the DOJ failed to disclose any specific talks during the press conference.

Google will still likely have to pay a rather large fine, along with making changes to its business. Though these changes have been long overdue.

This investigation has been on-going for over a year by the Justice Department. As well as nearly half of the state Attorneys General. Which makes it pretty interesting that the DOJ decided to announce this lawsuit just weeks before the Presidential Election. Almost as if President Trump is trying to use this as a reason for voters to vote for him over his opponent Joe Biden. We’ll never know for sure the reason why this lawsuit was filed exactly two weeks before the election. 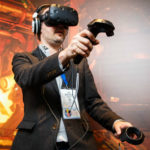 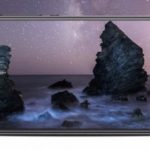