There’s a big break in the GTA VI leak story, as the suspected hacker has been arrested! This hacker is also suspected to be the perp behind other major hacks that have taken place over the past couple of months.

In case you haven’t been following the latest headlines, Rockstar Games has recently suffered a massive hack. The company was infiltrated earlier this week, and the attacker was able to steal a ton of confidential information. The main focus point of the story is the 3GB worth of early production gameplay footage that was leaked on the internet. This leak consisted of more than 90 videos of what we believe to be pre-alpha footage.

Rumors also point to the hacker ransoming the game’s source code for $100,000. That’s just speculation, so you’ll want to take that with a grain of salt. There could have been other information taken in hack, as well.

The GTA VI hacker may have been arrested

As you can imagine, the folks at Rockstar games are none too pleased with this, and they’re working together with the US government to find out who did this. However, it seems that the suspect was actually captured, and they live across seas.

According to a report from the City of London Police, the suspected GTA VI hacker was arrested. The identity of this person has not been released to the public at this moment. What we do know is that they are a 17-year-old kid living in Oxfordshire.

On the evening of Thursday 22 September 2022, the City of London Police arrested a 17-year-old in Oxfordshire on suspicion of hacking, as part of an investigation supported by the @NCA_UK’s National Cyber Crime Unit (NCCU).

He remains in police custody. pic.twitter.com/Zfa3OlDR6J

This kid is also suspected to be the one who infiltrated Uber not too long ago. We’ll need to wait on more official information on this to confirm this. What we do know is if this individual was responsible for the Uber and Rockstar Games leak, then they are going to face some serious prison time. Hacking is one thing, but this kid was really poking the shark here.

Finally tear-resistant, ballistic nylon clothes designed to use for the SpaceX journey to Mars! 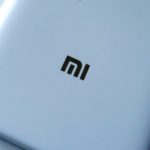