The Life and Crimes of Saw Gerrera

Saw Gerrera is a tragic character. His life of desperate struggle saw a freedom fighter turn terrorist, an idealist turn war criminal, a humanitarian turn murderer. His desire to get results at any cost destroyed his reputation and gnawed at his soul, leaving only a wreck of a man, dying of despair just when the galaxy needed him most.

Star Wars fans will see a fresh take on Saw Gerrera in the upcoming video game Fallen Order, which will depict the rebel anti-hero early in his career. His later life has been documented well in other Star Wars media properties – essential viewing for those seeking a fuller understanding of his downward spiral into infamy…

The Struggle for Onderon

(As depicted in the Star Wars: The Clone Wars episodes ‘A War on Two Fronts’, ‘Front Runners’, ‘The Soft War’, and ‘Tipping Point’)

Saw Gerrera first rose to prominence during the Clone Wars. His home planet of Onderon lay between Republic and Separatist territory, and a Separatist-backed usurper king sat on the throne. Their clone armies stretched thin, the Jedi generals hoped to gain a decisive advantage by fostering rebellion in contested systems, and Onderon was to be a test case.

While Jedi Master Yoda and others felt this strategy was tantamount to terrorism, young Anakin Skywalker succeeded in lobbying for money, supplies, and military advisors to be sent to aid Gerrera’s rag-tag force.

“I’m not a terrorist, I’m a patriot! And resistance is not terrorism!”

The sprawling Star Wars mythos contains many ironies, but few greater than Anakin’s role in nurturing the culture of rebellion that would be the Empire’s ultimate undoing. When the Onderon rebels were being butchered by aerial gunships, Anakin personally bought shoulder-launched anti-air missiles on the black market and hastily shipped them to Gerrera’s men.

The rebels prevailed, but at a terrible cost – their leader, Saw’s sister Steela, was among the slain. Onderon re-joined the Republic just in time for Sheev Palpatine to declare himself emperor and extinguish the light of liberty on twelve million worlds.

Planet Geonosis – a dusty world where subterranean insectoids once mass-produced weaponry for the Separatists. But when Ezra Bridger and his plucky rebel cell arrived, the planet was all but devoid of life. They soon learned that a rebel team sent in before them had been almost wiped out. There was only one survivor, their leader: Saw Gerrera.

It soon became apparent that the Empire had built something on Geonosis – something big. To cover their tracks they had committed genocide on the Geonosian race. The rebels found but one survivor, Klik-Klak. Kanan Jarrus wanted to bring the bug-man in for questioning, but Gerrera skipped straight to torture.

“Your methods are soft, Jedi. We lost the last war because of you. I won’t lose this one… Our enemy shows no mercy. Neither can we.”

When Kanan, Ezra, and the other rebels baulked at Gerrera’s extreme methods, he immediately threatened to mutiny, and pointed a blaster at the last remaining Geonosian Queen Egg – Klik-Klak’s only hope of re-populating his homeworld.

“I lost my sister to the Separatists and my planet to the Empire. I’m fighting for you, and everyone else, not to lose what they’ve got. And I won’t apologise for how I do it.”

Only the threat of an Imperial Cruiser closing in on the tiny rebel force made Gerrera back down, and he ultimately came to understand the folly of threatening to finish a genocide that the Empire had started.

“Everyone loses family in war, even the enemy. The Geonosians deserve the same chance to rebuild that we do.”

It appeared to Ezra and his young friends that Gerrera had left his extremist ways behind him, but sadly, this was not the case…

Less than a year later Saw Gerrera had driven a wedge between himself and the more respectable elements of the rebellion. Under Mon Mothma’s guidance, rebels from around the Galaxy were mustering their forces on Yavin IV, and it was here that Gerrera delivered a scathing ultimatum via a giant holographic projection.

Mon Mothma dismissed Gerrera’s case out of hand, citing his multitude of war crimes: targeting civilians, summarily executing prisoners, and breaking every rule of engagement. But Gerrera was unmoved, and unashamed.

“All across the galaxy your people suffer while the leaders of this rebellion refuse to act…. If you continue to allow this war to be fought on the Empire’s terms, not yours, you are going to lose… I hope, senator, after you’ve lost, and the Empire reigns over the galaxy unopposed, you will find some comfort in the knowledge that you fought according to the rules.”

Young rebels Ezra Bridger and Sabine Wren were on the fence about Gerrera’s methods – all they saw was that he got results. So when they got the opportunity to tag along on a mission with him, they jumped at the chance.

“Following orders will only get you so far. Then you have to take control of your destiny.”

They were on the trail of a new Imperial super-weapon, an investigation that for Gerrera had become an obsession. Ezra and Sabine soon saw first hand his disregard for the lives of innocent prisoners, and when they were reluctant to follow his plan, he abruptly turned on his erstwhile friends.

READ  Zombieland: Double Tap – What Can Happen in 10 Years

“The difference between us Ezra is this: I will do whatever is required to be the victor… What would you do to save your world? It’s too late for me. My world is gone. I lost everything. And once you do, you can see things clearly. And you understand what’s at stake.”

After they escaped by the skin of their teeth, Gerrera attempted to part on good terms, but his cheery farewell rang hollow. Actions speak louder than words, and his deeds had been heard around the Galaxy. By this point, Saw Gerrera’s name was synonymous with terrorism.

(As depicted in Rogue One: A Star Wars Story)

Saw Gerrera had spent much of his life on the trail of the Empire’s experimental super-weapon, but he was never able to prevent its construction. His obsession, his ruthlessness, his conviction that the ends justify the means – none of it helped him complete his quest.

His war crimes only drove a wedge between his Partisan faction and the more respectable rebel cells, and when Jyn Erso was reunited with him on Jedha he suspected that she had been sent to kill him. He had become a liability and an embarrassment to the Rebellion, and deep down he knew it.

“I will run no longer… Save the rebellion. Save the dream.”

His final act before succumbing to the oddly slow-moving blast wave of the Death Star’s laser blast was to unplug his life support system and look unflinchingly at his impeding doom – his surrender to fate a tacit admission of his crimes. His only solace in his final moments was the hope that Jyn Erso, his protégé, could accomplish what he could not.

Saw Gerrera began his lifelong fight with the very highest ideals. But he would ultimately learn the truth of the old saying: “The road to hell is paved with good intentions.”

Legere Might Leave T-Mobile To Run WeWork
My Living Pokédex: One Man’s Quest to Catch ‘Em All 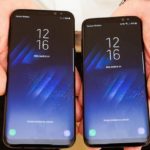 Fans React to ‘The Walking Dead’ With Flood of Crying Emojis

Upcoming Huawei Foldable Smartphone Could Be Launched As ‘Mate V