The Love Boat: Puzzle Cruise has been in the Play Store for a while, and its developer just announced some perks for Valentine’s Day. As some of you may know, this game has been developed by Gameloft, one of the largest game developers for Android.

The company is now offering “three days of unlimited romance”. In other words, it launched a Valentine’s Day event that will from February 13 to February 15. During that time, you’ll be able to play the game without losing any lives. You’ll also be able to collect extra boosters.

The company also included Valentine’s Day-themed art style in the game, just o get you in the mood. That’s not all, though. New levels to play have also been included, along with new, charming characters. The company also rolled out new stories to follow in the game.

If the ‘Love Boat’ part sounds familiar, that’s because this game is inspired by a television show called ‘The Love Boat’. That show aired a long time ago, and it was funny and romantic at the same time.

This game actually offers really nice graphics, and it can keep you preoccupied for quite some time. That is especially true now that you have unlimited lives in the game, until February 15, at least.

In this game, you’re required to match colorful, inflatable blocks in order to make them pop like bubbles. By completing levels, you’ll be able to collect Stars that unlock new characters and episodes.

You’re also free to renovate ship amenities, such as the pool and guest rooms. With each new chapter, you get a new, original story to play. All of those stories include Love Boat crewmates.

You’ll notice we mentioned ‘boosters’ earlier. Well, yes, you can collect boosters which will help you beat even the hardest levels.

This game is quite addicting

Some of the stories from this game can get you really hooked, even though the core gameplay is a relatively simple puzzle game. It’s an interesting combination that we’ve seen before, but it’s fun nonetheless.

There are tons of levels that you can play in this game, you can play forever, basically. You can even unlock various ship expansions as you progress.

The Love Boat: Puzzle Cruise game doesn’t even require you to be online in order to play. You can simply download and install the game, and play whenever, wherever.

The game is currently holding a 4.1-star rating in the Play Store, after over 3,600 reviews. Some people really seem to like it, and if you’re interested, tap the link down below. 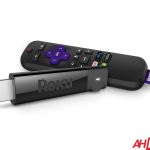 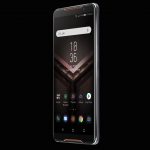