The Mandalorian, the new Star Wars series airing on Disney+, made a splash with its first episode. Following its premiere, fans clamoured for more information about the young member of Yoda’s species that was introduced. Side note: the general consensus is he’s very cute.

Well, Episode 2 has now aired, and interest in the series shows little sign of abating. In a Fandom poll of our sizable Wookieepedia community, 53% of voters rated that premiere 5 stars (out of 5). And while the enthusiasm for Episode 2 might have dropped a teeny tiny amount, the figures are similar, with exactly half giving it the full five stars this time around.

Interestingly, the numbers awarding 4 stars jumped to 31% from 22% for Episode 2 versus Episode 1 – though this latest instalment did receive 2 of 5 stars from 1% of voters. Episode 1, in contrast, was rated by all at 3 stars and above.

Here are the full results of the latest poll, rating Episode 2 of The Mandalorian:

Warning: Mild spoilers for the second episode of The Mandalorian follow, so beware

Comments on Episode 2 ranged from “a little underwhelming after the intense action-packed pilot” from community member Ben $olo to “almost perfect” from user Keulron. And while ParkerAle2009 admits loving it overall, the Wookieepedia user criticized the action scenes for dragging on a little long, preventing “the storyline from moving along at a good pace.” This despite the episode racking up a mere 30 minutes (approx.) running time – which was a talking point for many fans.

“I get [that] it’s quality over quantity,” said user ArchieKE. “But I really wasn’t expecting only 28 minutes of footage.”

Scruffynerfherder2, meanwhile, reckons “it feels like it’s longer than the 30 minute runtime”. Which speaks to the tempo of the storytelling of the episode.

Indeed, Scruffynerfherder2 described it as “a little slower paced” and added that there’s “a little more humor” than the first episode.

AlphaBladeYi felt “the episode really came across as filler” and was left feeling disappointed, while ArchieKE said in response that “the episode felt more like a side quest… but not filler”, praising “the more intimate, narrowly focused nature of this episode.”

ArchieKE added, “I thought it was quite telling that he went to hunt down an egg. When he brings it back, The Mandalorian looks upon the Jawas in disgust as they rip it apart and devour it. This could possibly mirror the baby in the egg shaped container, and what the Imperial scientist will eventually do to it. That’s if he does hand it in, I don’t think it will be an easy decision.”

Jawas were another major talking point from the episode. First seen on the big screen in A New Hope, of course — on Tatooine — the Offworld Jawas of The Mandalorian inhabit Arvala 7.

According to ArchieKE, “The Jawas were a great inclusion. They brought some necessary comedy to the episode. I never knew I needed a sandcrawler chase scene until I actually saw it.”

Ben $olo was surprised at his own reaction to Jawas in The Mandalorian, saying: “I’ve never thought of Jawas as evil, but dang. Those things were annoying.”

Meanwhile, Murphy Falynn thought the Jawas were reminiscent of certain yellow animated characters: “The Jawas reminded me of minions, but less silly/ridiculous.”

This particular Wookieepedia member wasn’t the only one to think this. Lost Jagger, on the other hand, didn’t take well to them: “This episode kind of made me hate the Jawas lol.”

As an aside from the main topics of discussion, Scruffynerfherder2 saw fit to comment that “the dynamic between the Ugnaught [Kuill] and the Mandalorian is a nice touch” while also flagging that “the bounty fob the Trandoshans were carrying wasn’t expected.”

Could it be a double-cross, asked Scruffynerfherder2? AlphaBladeYi, meanwhile, thought Dyn Jarren deserved a mention: “Character development wise, we don’t learn much about Dyn Jarren other than that he’s a bit trigger happy and has a temper. He’s “shoot before you talk” person apparently. I think him offering Kuill the job might be a sign of him feeling lonely and needing a friend.”

Some praised the first ten minutes of the episode for its lack of dialogue, but as with the first chapter, the biggest topic of conversation was ‘Baby Yoda’.

“The Baby Yoda is an interesting character, and with the Force Sensitivity, it makes for a good plot line,” said Murphy Falynn. “This just begs the question of how does Yoda’s species age. My current thought is 10x faster than humans (Yoda is 90 when he dies, Yaddle is 30 during TCW, and Baby Yoda is 5). This doesn’t entirely match up, but it’s the closest I can think of. We also need a name to call “Baby Yoda” for the time being. Any ideas? I don’t like calling him/her Baby Yoda, since it isn’t actually Yoda.”

Givinname said, “Baby Yoda being Force sensitive wasn’t much of a surprise, but still effective. Love the variation on the Force Theme when that was finally revealed. And it made him tired… really tired.”

Ben $olo, imagining sexy Yoda time, added, “I’m thinking a bounty was placed on the child so that the doctor from the Imperial remnant could do experiments on it and use its Force-sensitivity to resurrect the Empire. And the baby is definitely the product of a steamy affair between Yoda and Yaddle. Anakin wasn’t the first…”

While Jeffrey Hawthorne added, “I loved how they made you think “baby Yoda” was going to force heal the Mandalorian. It was a good bit of humor. But the part that got me was when “baby Yoda” forced the creature (it was not a Reek, according to the soundtrack it’s a Mudhorn) into the air to help the Mandolorian!”

ArchieKE admitted to being surprised at where the show took ‘Baby Yoda’: “Baby Yoda is just so cute! I was really worried that it would die by the end of the episode. It being force sensitive had crossed my mind, but not to THAT scale. That baby managed to lift a whole space Rhinoceros.”

One of Stonework’s most positive takeaways from the episode was also ‘Baby Yoda’ related: “We now know what the Yoda species eats and how they eat it…”

The third episode of The Mandalorian debuts on Friday, November 22 on Disney+.

The OnePlus 7 Pro Is Now Just $549 For Black Friday
This electric mosquito swatter doubles up as a beacon in the dark! 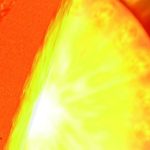 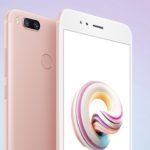 Xiaomi officially unveiled the Mi A1 smartphone with dual camera

Crash Bandicoot: On the Run is available on Android a day early