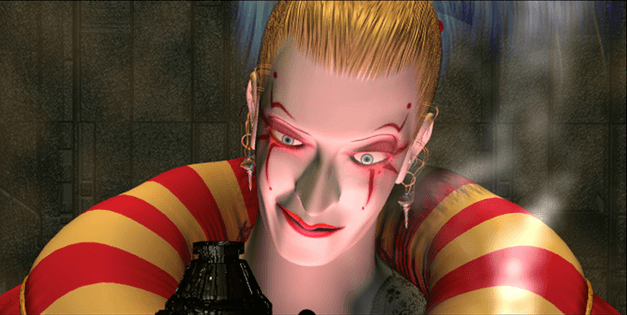 The Most Memorable Baddies in Classic RPGs

Darth Vader. Hans Gruber. Voldemort. Why are we drawn to compelling villains? Maybe it’s because we see tiny pieces of ourselves in them, our insatiable id that would cut loose if we let it.

Or maybe it’s because a well-crafted villain creates complexity in what is otherwise a straightforward story. Regardless, video games have played host to some of the best villains in fiction, and no genre has produced more memorable baddies than RPGs. Here are five antagonists you hate to love.

Many villains make the destruction of the world their end goal. None of them succeed — except for Kefka. In one of the greatest twists in gaming history, Kefka moves the magical statues that keep the world in balance, creating widespread death and chaos that he rules over from on high. Why does he do this? We’re given very little information about his backstory.

He was a normal man once, but that changed when his experimentation with magic infusion caused him to lose his mind. Unfortunately, for him, his lack of sanity is the very thing that allows our heroes to reassemble and counterattack. With his limitless power, he could have easily wiped out the remaining population, but he didn’t. Couple his memorable laugh with the catchiest theme song ever written, and you’ve got one of the best RPG villains, hands down.

The bait and switch. It’s a classic maneuver that many bad guys use with great aplomb. But none pull it off quite as well as Lavos. Crashing into the planet in the year 65,000,000 B.C., Lavos burrows into the core of the world and waits, growing stronger year after year. Crono, Marle, and Lucca witness the mass destruction it causes in the year 1999 A.D. as it levels the entire planet. Having eaten its fill, it spawns young to travel to other planets and repeat the cycle.

You might assume Lavos is a dumb animal, a parasite, who feeds off a host and then kills it. In fact, nothing could be further from the truth. Lavos is actually hyper-intelligent, influencing the course of human evolution to make itself as strong as possible. Posing as a brainless parasite gives it the advantage it needs to survive, despite attempts to kill it throughout history. Learning the truth about Lavos casts your entire experience playing Chrono Trigger in a new light, giving a second playthrough even more meaning. The best RPG of all time definitely deserves a villain like Lavos.

Depending on when you became an RPG fan, you might see Kefka as your one and only. Or, if you joined the group a bit later, it might be a silver-haired sociopath who has captured your heart. Formerly a tough-as-nails soldier, Sephiroth made a name for himself with his giant sword and his objective coolness. But much like Darth Vader, Sephiroth learned some things about the world that led to his fall. Now, he wants to purge the planet of humanity at the behest of his “mother,” an alien parasite named Jenova.

While it could be argued that Jenova is the real villain of Final Fantasy VII, all of its wishes are carried out by Sephiroth. He’s ultimately a tragic figure. He misunderstands his own history to the point where he doesn’t feel he belongs in the world any longer. It doesn’t justify his actions  — as brutal as he is, nothing would — but it makes him easier to understand. A sympathetic villain adds complexity to any story. Sephiroth’s presence in Final Fantasy VII elevates it to the highest level.

Jeffrey Dahmer’s neighbors found him pleasant. Just a normal, unassuming man. That’s one of the horrors of the traditional psychopathic killer: he could be the guy next door. And that’s what makes Persona 4’s villain so compelling. Tohru Adachi is a goofball. He’s the assistant of your detective uncle who is investigating a series of bizarre murders. He’s a trusted member of the police force and community.

He also discovers a portal to another world, a world that will kill anyone he throws into it. Why does he do these terrible things? Because killing amuses him. While he doesn’t directly kill every victim in the game, he is the mastermind behind every murder. The fact that he does it for “fun” makes him a chilling antagonist. And the idea that the goofy guy in town could secretly be a psychopath makes him extra freaky.

Luca Blight is despicable. He’s the sort of villain you love because he’s just so evil. At one point, as he’s razing a village to the ground, a woman asks him to spare her life. She’ll do anything, she says. Intrigued, Luca tells her to act like a pig. She does, but Luca kills her anyway, screaming, “Die, pig!” So, not a great dude.

He is pure darkness, with a lust for blood that is unmatched. Though, to be fair, that’s not to say he’s without depth. His father abandoned him, his mother, and his younger sister when they were attacked by bandits. All he could do was watch as horrible things were done to his family. He even feels an attachment to his sister (who is plotting to kill him, as she can see how evil he is). Luca is a true terror, and he helps make Suikoden II the most beloved in the series.

We root for the heroes, but it’s often the villains that are the more interesting characters. RPGs feature some of the best in the medium, and we’re lucky they’ve blessed us with their badness. 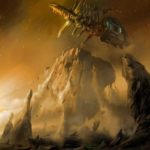 No buttons, no ports, the all-glass Vivo Apex 2019 is the purest smartphone ever built