The Netflix Android App Has A Neat New Playback Feature

Netflix is adding a pretty cool new playback feature to its app on Android and iOS. The feature should be live for people starting tomorrow, but if it’s not keep an eye out for it to drop in sometime within the next few weeks as it rolls out globally via an update.

Typically, you wouldn’t think of Netflix as a streaming option that would allow you to adjust your playback in many ways. Rather you would just have your pause, play, and fast forward rewind options. Which is pretty standard.

This new Netflix playback feature though lets you adjust the playback speed of your videos. With a few varied possibilities.

With the new Netflix feature you can adjust playback speed

If you’ve spent any amount of time in YouTube watching videos, then you already know you can adjust the playback speed. And you’re aware of what it looks like.

Netflix is now letting you do the same thing. Playback speed can be adjusted to go either faster or slower than your normal speed.

Speed options that are present within the app are 0.5 or 0.75 times for slower speeds. Meanwhile you can make playback go faster with options for 1.25 and 1.5 times the normal speed when watching.

Situations where you’d want to use this feature may not pop up often. But it’s easy to think of a couple of scenarios where it might be useful. Maybe you missed a particular detail in a show and you’re curious to go back and check it out.

In this case you might slow things down so you can catch the frame better. Alternatively, you might rewind too much and instead of jumping forward, you can adjust the playback to 1.5 times the normal speed.

That way playback goes faster but you can more easily get back to where you were without jumping too far ahead.

So far this is only available on mobile

This isn’t available on the web yet or in other platform apps. Only on mobile. For now at least.

On mobile though, the playback speed options are there for both streaming titles and anything you may have downloaded to watch offline. You also have to opt in for using it each time you watch an episode.

So if you start one episode and then let it play through after the opt-in, you’ll need to opt-in on the next episode. According to Netflix this is so that users don’t accidentally watch succeeding episodes with a faster or slower speed when they only meant to do so that one time.

As noted above, this is rolling out to everyone globally over the next few weeks. But it shows up for some beginning tomorrow.

Turn Your ‘Avatar: The Last Airbender’ Knowledge into Cash on ‘Fandom 5’
The Impact of Technology on Society. Education 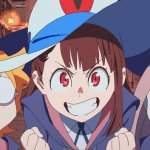 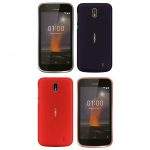 Images Leak For Nokia 7 Plus And Nokia 1 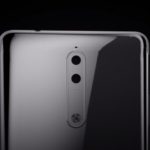 The flagship Nokia 9 dual camera seen in the video