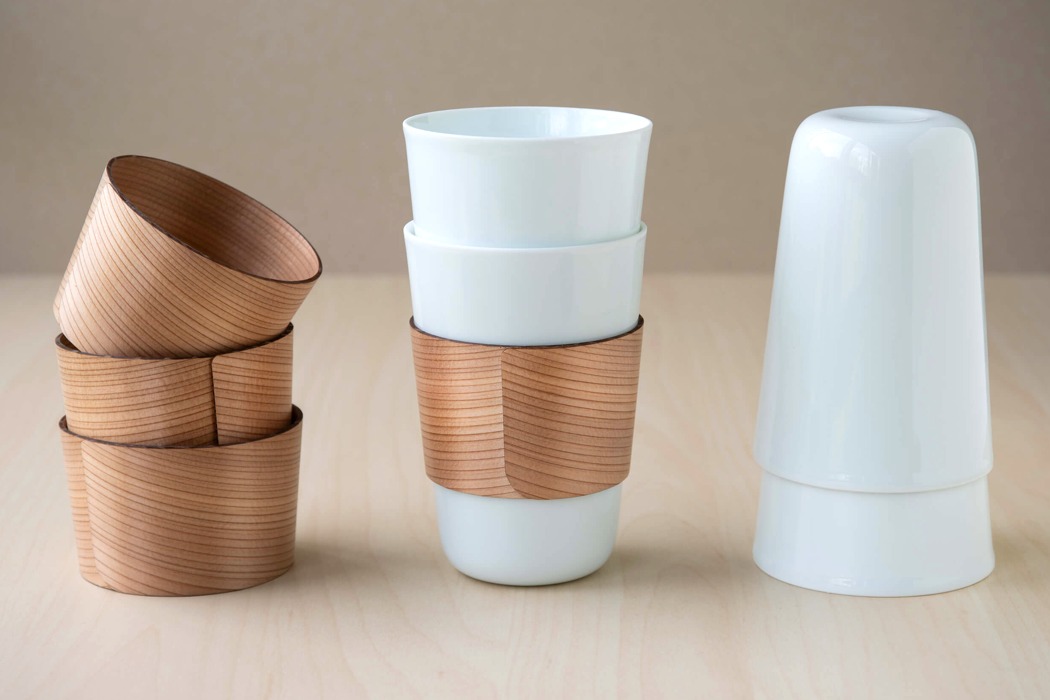 When Tomoya Nasuda launched his first project, the Haori Cup, he wanted to showcase the centuries-old Japanese craft art of Hakata Magemono (Japanese ceder wood bending) on the world stage… now he’s trying to revive the once-flourishing-now-declining craft art by using the power of crowdfunding to give the artisans the spotlight and business they need!

The art of Magemono has been around and flourishing for as long as 400 years, but with the commercialization and modernization (and even westernization) across the world in the past half-century, the heritage artisans began seeing a gradual-yet-unavoidable decline in appreciation for their craftsmanship and eventually, their trade. When Tomoya Nasuda designed the Haori Cup for Kickstarter in 2015, he was taken aback by the absolute shortage of Magemono craftsmen. The Haori Cup received overwhelming support on the crowdfunding platform, but it took Nasuda over 15 months to deliver his last order. Determined to revive the dying craft art, Nasuda first sought to upgrade the craftsmanship process and tools that hadn’t seen any change in centuries. Streamlining the process helped artisans produce more products in less time, while maintaining their quality and authenticity. With this new setup, Nasuda decided to continue the Haori cup line, with the Magemono tumbler and the Magemono bread tray, two classic everyday products that add a touch of Japanese minimalism, craftsmanship, and perfection to homes and lives.

A bigger version of the Haori cup, the Magemono tumbler was one of the most requested products from Nasuda’s backers. The Magemono tumbler comes made with a Hasamiyaki porcelain inner vessel, and a Magemono Japanese ceder wood sleeve around the outside, in signature fashion. The Hasamiyaki porcelain cup is another traditional craft indigenous to Japan. With a slight translucency that’s comparable to Bone China, the tumbler has an elegant grace to it, and comes in a pristine, milky white color; finally paired with the cedar sleeve around it, feeling quite like an elegant reinvention of the to-go coffee cup. Paired with it is the Magemono Bread Tray, a fir tree crafted thin tray (available in two sizes) that’s perfect for meals, especially for the breakfast sandwich, paired with a nicely brewed cup of coffee, in the Magemono tumbler! The main material used for Hakata Magemono are coniferous trees such as cedar, cypress, and fir trees. These coniferous trees have the ability to control humidity, making them ideal for Japanese Bento Box construction because of their ability to allow items like rice to stay fresh and retain its moisture for longer. Nasuda says that the material used in Magemono is truly revolutionary, and unrivaled. Originally designed for bread and toast, rather than rice, Nasuda claims the Magemono Bread Tray can actually even toast crisp for longer!

Nasuda’s aim is to showcase the untouched perfection of Japanese artisanship, while helping the families of craftsmen to sustain themselves and also pass the art down to younger generations, helping it thrive. Building on the runaway success of the Haori cup, and the new-and-improved tools and techniques used for production, Nasuda hopes to successfully give Japanese traditional handicrafts the attention and appraisal it deserves, along with the ability for anyone, across the world, to own truly authentic Japanese traditional tableware with over 4 centuries of rich history!

Magemono tumbler comes made with a Hasamiyaki porcelain inner vessel, and a Magemono Japanese ceder wood sleeve around the outside, in signature fashion. The Magemono Bread Tray, a fir tree crafted thin tray (available in two sizes) is perfect for meals, especially for the breakfast sandwich, paired with a nicely brewed cup of coffee.

“Magemono” is a woodwork technique that has been in use in Japan since ancient times. It is also a generic name for containers made using thin sheets of wood such as Japanese cedar, cypress, and fir, which are bent and fastened into circular and polygonal forms.

Magemono containers exist in both our ordinary daily lives and as sacred items specially crafted for use in a ritual or festival setting.

In the Edo period, the Magemono technique mostly used to craft bento boxes, rice containers, trays, cake boxes, flower stands, and tea ceremony items. In the present, it is mainly a technique of crafting bento boxes which has been preserved.

Following the footsteps of Haori Cup, Nasuda has once again united two traditional Japanese crafts together, “Hasami yaki” from Nagasaki and “Hakata Magemono” from Fukuoka, to introduce you to the new tumbler that is double the size of the Haori Cup. There are two versions of this tumbler.

The second variant is designed for beer and are fired without the inner side of the cup being glazed, so it has a very small uneven surface finish. As a result, the cup has a matte finish on the inside, which is the key point.

These very small uneven surface on the inside helps deliver quality beer foam when you pour your beer in. Feels just as if it was poured right out of an industrial beer tap.

Now you can enjoy the taste of beer at a bar right at home. This is something you will not be able to experience with a regular glass of cup with smooth surface.

Hasamiyaki porcelain is made so lightly that the color of the drink is transmitted a little.

Tomoya decided to design a bread tray that makes full use of the functionality a coniferous solid wood has, which will help keep the bread’s crisp texture for a extended period.

The main material used for Hakata Magemono are coniferous trees such as cedar, cypress, and fir trees. These coniferous trees are composed of tissue in which about 95% of the structure is a pathway for water movement called tracheids. These tissues contain many hollow layers inside, which makes coniferous trees very light and also making heat transfer to each other difficult.

Magemono Bento-box regulates the amount of water in rice and keeps it delicious for a long time.

Coniferous trees, which are porous materials, have a humidity control function that absorbs and exhales moisture in the air. In Japan, for keeping cooked rice in a delicious state for a long time, bento boxes (lunch boxes) and wooden container for cooked rice made with Magemono craftwork were mostly made from coniferous trees.

The corners of the wooden bread tray are bent with traditional techniques called “Hikimage”. It is a technique, in which a craftsperson makes shallow cuts into the wood in intervals, and then heat treat them to bend the wood. It is said that this technique was first introduced with Hakata Magemono.

Size S – Small, for a slice of toast.

Hakata Magemono is made from coniferous trees such as cedar, cypress, and fir tree. For the previous Haori Cup as well as the tumbler from this current project, the makers have chosen cedar and for the wooden bread tray, they have chosen fir tree for the material. Both very commonly used for Hakata Magemono crafts.

With the retirement of craftsman Mr. Tokugoro Shibata in 2017, Mr. Taizo Morita and Tomoya Nasuda are the two responsible for the main manufacturing. Mr. Morita has been a craftsman working under Mr. Shibata for 20 years between the age of 20 to 40 years old, and he was also the number one disciples out of the many others Mr. Shibata had.

At the age of 40, Mr. Morita completely left from the world of Hakata Magemono but with the news of retirement of his teacher Mr. Shibata, he decided to return to the workshop.

Despite being over 3 years from the last Haori Cup project, the discussion on how to survive in this world with severe shortage of craftsman and workshop still goes on today.

Mobile Esports Latest Event Kicks Off Tomorrow With CRL West 2019
How Much Does Bruce Banner Have to Eat in Hulk Form? 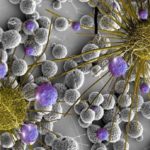 Found a way to “lull” the cancer cells 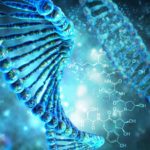 The operating system code recorded in the DNA molecule 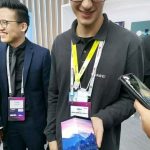