If you’ve ever seen a jet blaze through the sky leaving a perfect line of smoke behind it, you’ve probably wondered why that smoke holds its shape so perfectly for so long, but doesn’t hold true on land when a motorbike or car zooms down the road. Air movement anywhere above the troposphere (the lowest region of our atmosphere) is extremely negligible. Jets, which fly in the stratosphere, leave behind that trail of smoke because the air there doesn’t move to disrupt the smoke trails. This also means that there’s immense amounts of friction when a jet travels at high speeds, cutting through the motionless air particles. Designer Michal Bonikowski believes that friction could actually be a source of clean energy that a plane could harness to reduce its carbon footprint.

The Eather One looks like any other airplane, except for the presence of triboelectric nanogenerators on its wings and top. These generators, as a simple Google search told me, harness external mechanical energy, converting it into electrical energy… sort of like a solar panel, but for movement. When the Eather One cuts through the air, the sheer turbulence of driving through our atmosphere generates friction as well as vibrations, which the nanogenerators capture efficiently, converting them into energy that the plane could store in its battery and use in flight. This does two rather important things. By virtue of being an electric aircraft, the Eather One becomes MUCH greener in comparison to regular aircrafts which run on high-octane aerospace fuel… and it also means the aircraft harnesses clean, renewable energy AS it travels, making it even MORE carbon-efficient! 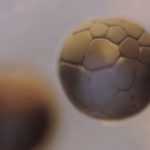 This video of cell division is not computer graphics

Abduct Me Is An Alien Invasion Game For Android, With A Twist