This Is The LG Rollable Smartphone, That We’ll Sadly Never Get

LG had teased a rollable smartphone at CES 2021, showing us the future of mobile devices. But now that the Korean company’s officially killed its smartphone business, the phone might never get to see daylight. We can, however, still see it for one last time, in live images.

Korean regulatory agency Safety Korea recently certified the LG Rollable with model number LM-R910N (via Twitter @FrontTron). While the listing doesn’t reveal any info about this next-gen device, it does give us a live look at the phone. Check it out below in some of its glory.

As you can see, the device closely matches what LG had shown us back in January. It features a curved screen with a thick frame at the top and bottom. Earlier reports had revealed that the LG Rollable would feature a flexible OLED display from Chinese firm BOE.

There’s a cutout on the top-left corner for what appears to be a selfie camera. The device is seemingly around 170mm long, give or take a few millimeters. Interestingly, the Safety Korea listing describes the device as a Tablet PC, falling under the Laptop Computer category. But, unfortunately, there’s only one image that too in non-expanded form. So we can’t see it in all its glory.

LG Rollable appears in a live image for one last time

LG’s smartphone business is officially dead and so are some interesting next-gen smartphone concepts, such as this rollable phone. The company is shutting down its mobile business in a few months. While it will continue to sell its existing inventory, there’s no word official word on whether it will launch any new smartphone before its expected closure on July 31. Most likely it won’t and that means we will never see the LG Rollable in real again.

LG seemingly had strong intentions of releasing the rollable phone this year. The phone was doing rounds on the internet quite frequently, suggesting that the development is underway. The fact that the company had submitted the device for certification itself speaks a lot about its plans (Safety Korea certified the LG Rollable on March 19th, 2021). But, unfortunately, the device wasn’t meant to be. 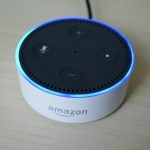 Whisper Mode Comes To Amazon Alexa, Here’s How To Enable It

Cram it! | What you Need to Know About ‘SAS: Red Notice’ 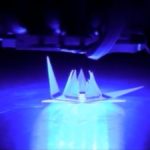 Created a material that can change shape when exposed to light