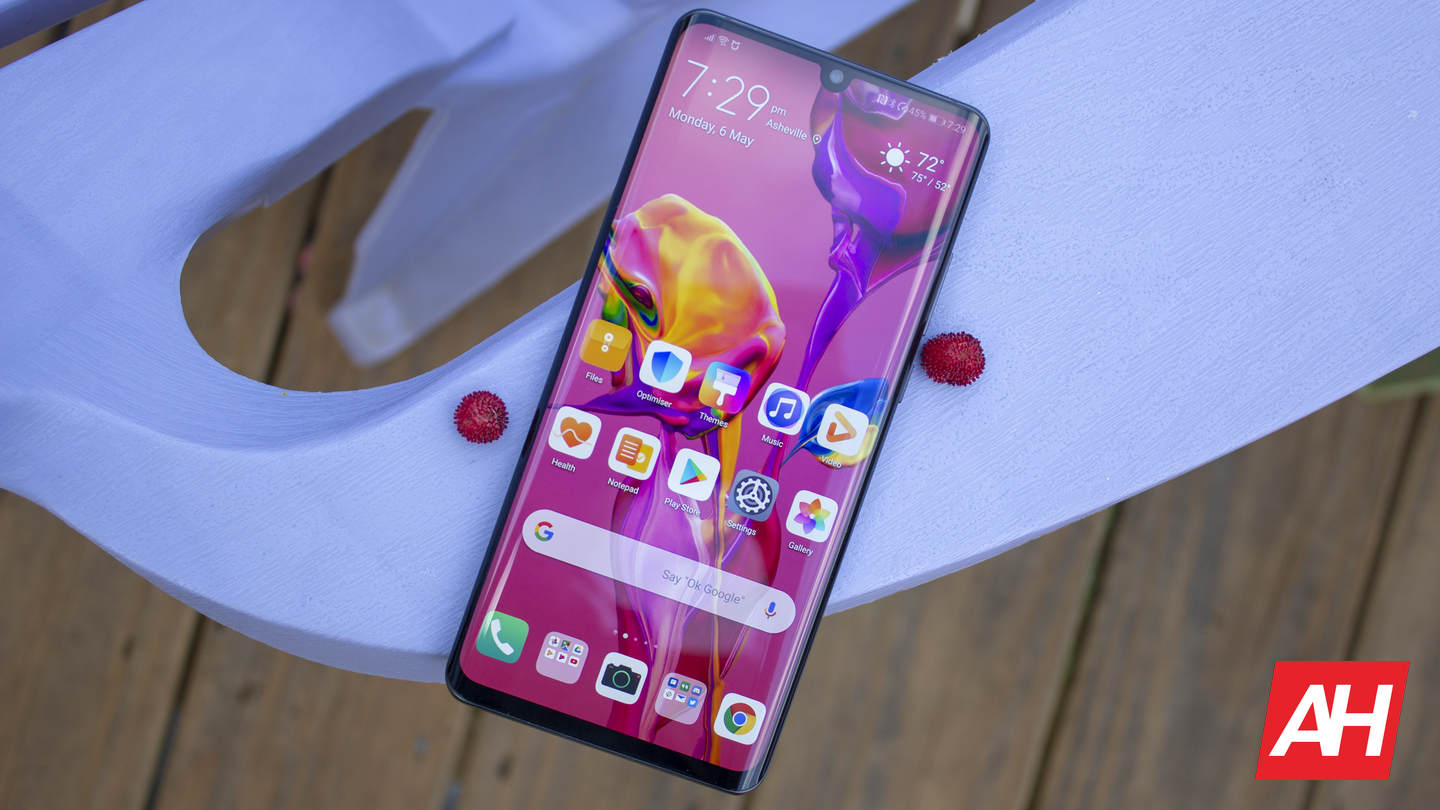 Shopping for the best smartphone available can be a pretty daunting task. There are so many great smartphones out there, and so many reasons why this particular smartphone might be the best. So we’ve put together a list of the best Android smartphones for August, and these include a ton of great options. These fit most budgets – of course, if you need something cheaper, you can check out our Value Smartphones list we do every month too.

The Huawei P30 Pro is one of the best smartphones available right now, especially when you’re looking at the camera. It has a triple-camera setup, with a fourth camera that is the Time of Flight Sensor. It is also able to do up to 20x Optical Zoom, which is just insane on a smartphone. And it does it all really well. Which means that if you’re looking for a good camera on your next smartphone, this is the one to get.

Now there is a lot of uncertainty looking with Huawei right now, which is why the P30 Pro is number ten on this list. Thanks to President Trump putting Huawei on the Entity List back in May. It’s unclear whether Huawei will be able to keep pushing out updates to the P30 Pro. Even though it has said that it is confident it can. So keep that in mind, if you are looking to get the P30 Pro.

The P30 Pro is not available in the US, officially, but you can pick it up from Amazon for about $909 and it does not come with a warranty.

The Razer Phone 2 is one of the best values you can get, period. Even though this is not our top 10 best value smartphones, it is still a great value. Especially now that it has dropped in price to just $499. And that alone is the main reason why it is still on our list.

Razer Phone 2 has all of the specs that you could want. A 5.7-inch Quad HD 120Hz display. That’s a 16:9 aspect ratio display too. Powered by the Snapdragon 845, 8GB of RAM and 64GB of storage. Whether you’re a gamer or not, this is going to be a really good phone to pick up. Especially when you factor in that 4,000mAh capacity battery that keeps the phone going all day – and sometimes for two full days.

At $499, it’s hard to pass up the Razer Phone 2, unless you use Sprint. You can pick it up from Amazon using the link below.

Xiaomi is another Chinese company that makes some really good hardware, when it comes to smartphones. Which might sound a bit odd, since Chinese products are generally known for not being high-quality.

But the Mi 9 is definitely high quality. It’s a glass smartphone, and it feels just as solid as something like the Galaxy Note 10 or the Huawei P30 Pro. And it also sports all of the high-end specs that you could want. Like the Snapdragon 855 chipset, 8GB of RAM and up to 128GB of RAM. It also sports a triple-camera setup, with a 48-megapixel main sensor, a 16-megapixel ultrawide angle sensor and a 12-megapixel telephoto sensor, making it great for taking all sorts of shots.

There is a notch on the Mi 9, but it’s a pretty small one. It’s a water-droplet notch and one that you will likely not even notice after using the phone for a few days. Remember that if you are looking to bring this to the US, it may not work on US 4G LTE networks, so you’ll want to check out the bands before purchasing.

The HONOR 20 Pro is pretty similar to the Huawei P30 Pro, but much cheaper – and doesn’t have that crazy periscope camera.

This smartphone from HONOR has everything you’d expect from a 2019 smartphone. A big, beautiful display, a pretty large capacity battery, and of course a quad camera setup, for taking some really incredible photos. HONOR has the usual ultrawide, wide and telephoto lenses on the 20 Pro here. But it also includes a dedicated macro lens, which takes some really great close-up shots.

HONOR did everything right with the 20 Pro, but unfortunately, due to the Trump Ban, we are unsure if the HONOR 20 Pro will be sold much longer, and even if it will continue to be an Android smartphone. We do, however, know that it will be getting Android Q.

The Pixel 3 lineup has dropped out of the top 5 now, and that shouldn’t come as a surprise, with the Pixel 4 right around the corner.

Despite the Pixel 4 being around the corner, the Pixel 3 is still a really good option. It’s going to get Android 10 first, and that should be next week (around September 3). It also still has that amazing camera on the backside. The magic that Google is doing with a single camera on this phone is pretty incredible. Seeing as it is often times performing better than dual or even triple-camera smartphones.

Of course, we can’t forget that this is also running a stock version of Android. So things are pretty lightweight here. With the Pixel 3 routinely coming in at under $600, it’s hard not to grab this one.

The Pixel 3 has come down in price a bit, coming in at $659 now. And you can pick it up from Amazon using the link below.

The LG G8 ThinQ is actually a bigger upgrade over the G7 ThinQ than you might think. It’s the first time LG has used an OLED display on a G series smartphone. It also ditched the earpiece, and has an in-display speaker, as well as a larger battery now – thanks to LG making the back flush with the cameras.

So what’s the LG G8 ThinQ missing? A camera. Unlike LG’s previous flagship smartphone, The G8 ThinQ only has two rear-cameras. That’s perfectly fine. But having a third telephoto lens would definitely be nice. LG did keep the wide-angle lens, which is really great for taking group shots and shots of architecture while you’re on vacation this summer.

There is a Time of Flight sensor on the front of the LG G8 ThinQ, which gives you better portrait mode selfies, and also some rather cool gestures for changing the volume, answering calls and more. You can pick up the LG G8 ThinQ from Amazon using the link below, it’s currently priced at $849.

The Sony Xperia 1 is a pretty interesting smartphone to be honest.

Sony has made the display taller this time around, so it’s a 21:9 aspect ratio, making it the tallest one in this list. It is also an OLED 4K HDR display, making it one of the most pixel-dense displays too. It’s a really good display for consuming content and such. But the reason why it’s not any higher than four this month, is because of that 21:9 aspect ratio. It’s a bit tough to use.

Internally, it still has the specs you’d expect, Snapdragon 855, 6GB of RAM, 128GB of storage and a pretty small 3330mAh capacity battery.

But there is that triple camera, that is being powered by Sony’s Alpha team. So expect some great things out of this camera too.

You can pick up the Xperia 1 from Amazon using the link below for $949.

Samsung has something for everyone with the new Galaxy S10 series. There’s the Galaxy S10e, Galaxy S10 and Galaxy S10 Plus.

These all come with 128GB of storage inside, and also comes with a micro SD card slot, so that you can expand storage should you need too. Otherwise, there is also a Snapdragon 855 chipset inside with 8GB of RAM (except the Galaxy S10e which has 6GB).

You can grab any of the Galaxy S10 models from Amazon using the link below.

The OnePlus 7 Pro is one of the best Android smartphones you can buy today. Unless you happen to be on Sprint, then you’ll want to spend a bit more and get the OnePlus 7 Pro 5G.

This one is cheaper than most of the other phones on this list – except the Razer Phone 2. And it also checks just about every box. It has a big, beautiful 6.69-inch Quad HD+ AMOLED display, powered by Qualcomm’s Snapdragon 855 chipset, up to 12GB of RAM and up to 256GB of storage. It also has a triple camera layout, with a wide-angle, ultra-wide angle and a telephoto lens on the back. This is all powered by a 4000mAh capacity battery that has Warp Charge for some pretty fast charging.

Of course, we can’t forget about Oxygen OS. This is the most talked about Android skin out there. Just about everyone loves it. That’s because OnePlus doesn’t overdo it with features and changes just to make changes. It has also taken out a lot of the animations, which makes it feel all that much faster.

The Samsung Galaxy Note 10 is the best smartphone available today. And if you have the extra cash, definitely spend it on the Galaxy Note 10 Plus, you won’t be sorry.

Both of these smartphones just launched this past month, and are available everywhere. And we do mean everywhere.

Otherwise these both have the same specs and features. That includes a Snapdragon 855 chipset, 8GB of RAM (up to 12GB on the Note 10 Plus) and 256GB of storage. There is also the almighty S Pen available on both.

On this topic: ( from the heading lg, News, Samsung ) 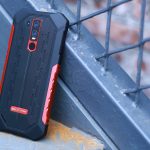 Ulefone Gives You 7 Reasons To Purchase The Armor 6 Handset 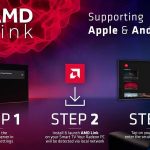 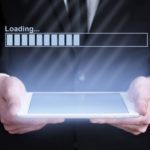