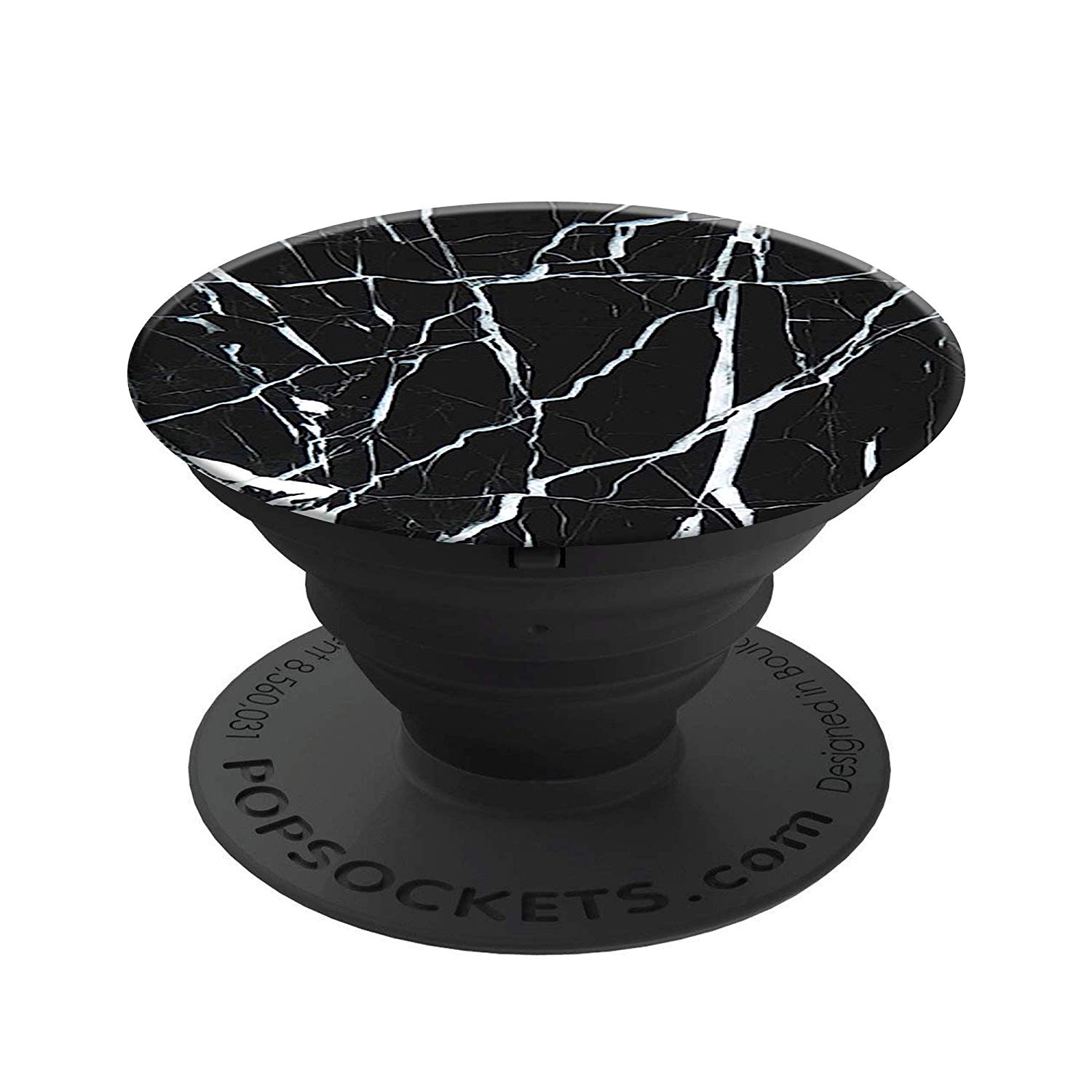 This list will not feature cases nor screen protectors. We’ve already covered those separately.

Samsung’s newest smartphone is pretty large. And for those that aren’t used to handling a larger device, you’re going to need some help. Thankfully, PopSockets were invented to make these smartphones one-handed devices once again. It’s the kind of accessory that you need for any smartphone.

PopSockets are great because you can affix one to the back of your phone or to the case, and you’re good to go. Slide the PopSockets between your fingers, and you’re almost guaranteed to never drop the phone again. It makes it easier to hold onto, and use with just one hand. It also doubles as a stand for your phone. So you can watch movies on a long flight, without having to worry about holding your phone the entire time. Because no one wants to do that.

PopSockets start at $9.99 and go up from there, depending on the color and/or design you want. You can pick one up from Amazon using the link below.

AUKEY has a five-pack of USB-C to USB-A Cables that would work great with the Samsung Galaxy Note 10 Plus. If this is your first smartphone that uses USB-C, you’re going to want this. If not, it’s still a good idea to have some spare ones laying around, because they will go bad from time to time.

This five pack of cables from AUKEY are all USB-C to USB-A cables, and range in length. There are three that are 3.3-feet long (the standard length, and the same length as the one in the box with the Galaxy Note 10 Plus), then there is a 6.6-foot long cable and a one-foot long cable included. The one-foot long cable will be good for plugging it into your laptop, or even in your car, so that it can’t fly around if you have to hit the brakes.

These are all braided cables, which means they can take more bends than the traditional plastic-covered cables. This is particularly good if you have kids and/or pets that like to chew on cables.

You can pick up this five-pack of USB-C cables from AUKEY over at Amazon using the link down below. These are priced at $19.99.

This wall charger from AUKEY is actually a pretty interesting one. So it has an AC Outlet, in addition to three USB-A ports (two AiO Power and one Quick Charge 3.0 ports). But the wall charger can swivel, so it is not covering the other AC outlet on the wall. This also is a great wall charger to take on the go with you.

AiO Power, which is available on two USB-A ports here, is similar to Anker’s PowerIQ Technology. It’s a proprietary technology that is used to fast charge your device as much as it can, without damaging the device. Of course, Quick Charge 3.0 is also available, so you can quickly charge up your smartphone, and get a top off before heading to the club for the night.

You can pick up the AUKEY USB Wall Charger with Rotate Plug from Amazon using the link below. The current asking price is $19.99.

If you’ve just bought a Galaxy Note 10 Plus, then what better accessory to get then the Galaxy Watch Active? And now that the Watch Active 2 has been announced, it’s a bit cheaper than before.

The Galaxy Watch Active is a pretty good smartwatch/fitness tracker hybrid wearable, that can do just about anything you can imagine. From tracking your activity throughout the day, to helping you shed some extra pounds, to even bringing your phone’s notifications to your wrist.

And the best part of all of this is the fact that the Galaxy Watch Active will also give you up to two days of battery life. This is going to depend on how you use your phone of course, and some may only see a little more than a day.

You can pick up the Galaxy Watch Active (40mm) from Amazon using the link below.

With the Galaxy Note 10 Plus ditching the headphone jack this year, it means that you’re probably going to need to get a pair of Bluetooth headphones. And what better option than the Galaxy Buds?

The Galaxy Buds are a pair of truly wireless headphones from Samsung that work pretty well with any Samsung smartphone. For starters, you can just open the Galaxy Buds, and they will automatically pair with your phone – even for the first time. Making it a much easier way to pair than having to jump into the Bluetooth settings.

You’ll get about six hours of playback on a single charge with the Galaxy Buds. The included carrying case will give you an additional seven. That carrying case does support wireless charging, and in a pinch, you can put them on the back of your Galaxy Note 10 Plus to get some more juice, through Wireless Powershare.

You can pick up the Samsung Galaxy Buds from Amazon by clicking on the link below.

One feature that a lot of people aren’t talking about, with the Samsung Galaxy Note 10 Plus, is the fact that it can now wireless charge even faster. It now can support up to 15W. Which is about 33-percent faster than before. And it’s almost as fast as Quick Charge 2.0. But the Galaxy Note 10 Plus does not come with a wireless charger in the box. So you will need to pick one up.

This one from CHOETECH is a great option. It supports up to 15W wireless charging and it is less than $20.

You can pick up the CHOETECH 15W Wireless Charger from Amazon by clicking the link below. It’s currently $16.99.

If you’re looking for a cheaper pair of wireless headphones to use with your new Galaxy Note 10 Plus, then these are the ones to get.

The Sony WH-CH500 are still a very good pair of on-ear headphones and they are under $50. Sometimes they can drop down below $35, making them an absolute steal.

These headphones from Sony are not part of its EXTRA BASS lineup, but that does not mean that these don’t have bass. They have plenty of bass. If you listen to any bass-heavy music, you will definitely appreciate these headphones. Thanks to the 30mm drivers included, you’re going to get some really full sound.

Sony has also included NFC for making it super simple to pair with your phone. Though not quite as simple as the Galaxy Buds are with the Galaxy Note 10 Plus. Finally, these also sport about 20 hours worth of playback. That’s definitely a lot more than the Galaxy Buds offer.

You can pick up the Sony WH-CH500 Wireless On-Ear Headphones from Amazon by clicking on the link below. They are currently priced at $49.88.

Honestly, you could buy none of the accessories listed here and still completely enjoy your experience with the Samsung Galaxy Note 10 Plus. It’s a great all-around phone. But, if you really want to get the most out of your Galaxy Note 10 Plus, then picking up some of these accessories are going to be a must. Especially if you’re looking to get into the Samsung ecosystem. There’s the Galaxy Watch Active (the Watch Active 2 won’t be out til next month), the Galaxy Buds and you can even get that 45W fast charger that Samsung will start selling next month.

A wireless charger is going to be a must for a lot of people. Especially if you are tired of actually plugging your phone in at night.

Whether you’re looking for a new charger, a multi-device charger, a new pair of headphones or something else, there’s something on this list for everyone. The Galaxy Note 10 Plus is already a pretty pricey smartphone, and some of the accessories listed here are also pretty pricey, but that doesn’t mean you shouldn’t buy them. If you own a Fitbit already, the Galaxy Watch Active is going to be a good replacement, especially considering how well it works with the Galaxy Note 10 Plus.

The announcement of the Xiaomi Mi 6: flagship with dual camera and optical zoom