Google Stadia is still a fledgling service/platform for gaming which is why it has under 30 games available, but we decided to rank the top 10 games anyway.

Worth keeping in mind is that this is list is entirely subjective. Everyone’s top 10 may be different. Some may not even like ten games that Stadia has to offer. But that’s partly why this ranking is fun. Because it gives a chance to see which games people like best.

With that being said, read on below to see which games were picked for our list. This list will change regularly and we’ll update it as more games come out, and any games on it currently are games which are available.

We won’t be including any games that have not yet been released.

Below is a summary table of which games are on this list. If you’re short on time and simply want to see which games we picked, you can view them all directly from the table included here.

If you want to read a little more about each of our picks, as well as check out the associated game trailers, you can view the actual longer list below the summary table.

Below you’ll find the entire list of games for Stadia that we’ve ranked as our top 10.

Each game is listed with a short description along with the game’s trailer, and a download button that takes your directly to that game through the Stadia web store.

GRID is a racing game that, like many of the current ones available on any platform, has excellent graphics and a large roster of available cars to drive.

If you like racing games even just a little bit, this is one that is worth your time as it has much to offer. It has online multiplayer, but it also has a single player campaign that lets you progress through different racing cups.

Climb your way to the top of the ladder at the GRID World Series and become champion. It has features like letting you create rivalries, as well as creating a personal nemesis that you have to race against.

Your nemesis will always try to best your scores and times or take you out of the race. On the flipside you can become a nemesis yourself if you feel like walking the line between good and bad.

You’ll be able to acquire and race cars from many of the world’s top manufacturers including Porsche, Renault, Ferrari, Volkswagen, Dodge, Chevy, and more.

Mortal Kombat is a household name that has been around for a very long time and is one of the best fighting game franchises out there.

In fact, few fighting game franchises are as iconic as Mortal Kombat, and Mortal Kombat 11 is the best the game has ever been.

Where once the game was mostly just combat between two players, Mortal Kombat has been expanded and fleshed out with rich backstories for each and every character, a solo campaign mode that is actually fun to play, and the most gruesome, grotesque, and frankly awesome fatalities that the series has ever seen.

The game also features iconic characters from outside the franchise, like the Terminator, the Joker, and more.

The game also now comes with a way to customize your character in a way that lets you make your fighting style and your play style unique to you. Which should spice things up the next time your friend is over and wants to give you lip about how they’re better than you.

Naturally, the graphics are also much more advanced than they used to be, so every hit, every bone crack, and every pierced body part or severed limb is as high fidelity as possible to look intensely vivid.

Shadoow of The Tomb Raider is the third game in the new franchise trilogy and wraps up the story of Lara’s origins.

The Definitive Edition comes with all downloadable content including new tomb challenges, weapons, and other in-game items.

As the third game in this trilogy, the game’s graphics are even better than the first game which were already very good. You also get the same in-depth skill tree build-out possibilities, which let you focus on upgrading specific parts of your character’s stats.

It also features an online co-op gameplay mode in addition to the single player experience. So if you’ve always wanted to play Tomb Raider with a friend, now you can.

Buy Shadow of The Tomb Raider

This is Google’s first official exclusive game for Stadia. It’s a slightly spooky, action adventure game where you play the role of a little girl named Sally who has to face her fears.

You must try to save your cousin Emily while making your way through a haunting world filled with nightmares.

The game also has an underlying theme of standing up to bullying in addition to overcoming your childhood fears.

Overall it’s an endearing title that should keep your attention pretty easily if you enjoy action adventure games with some depth.

The fact that the story works to showcase the kinds of fears that children may go through in everyday life is part of the game’s charm, and one you certainly shouldn’t miss. Especially since it’s only $30.

Read Dead Redemption 2 is Rockstar’s current crowning achievement, as an open world action game set in the wild west that follows up the story of the original.

This version of the game boasts new story mode content for Stadia, along with both single player and online multiplayer.

The base game costs $60, but Rockstar and Stadia offer other editions of the game that come with more DLC content and plenty of in-game items.

This is a massive game with lots to explore and plenty to do. Which means you should be able to stick with it for many hours before even coming close to finishing.

If you played the original and loved it, you’ll want to pick this one up.

Speaking of massive open-world games, Final Fantasy XV is one of the best games you’ll find on this platform.

It’s the latest in the main Final Fantasy franchise, following the adventures of Noctis Lucis Caelum and his friends as they travel the world of Eos.

Despite some of the negative feedback, Final Fantasy XV is a great game in the series and will have plenty of quests for you to complete, both from the main storyline and side storylines.

This version of the game also includes all bonus DLC content which means you can play the additional stories that follow the other supporting characters in your party.

If you’re a fan of Final Fantasy, the combat alone is a good reason to pick this game up as it’s not only gorgeous thanks to the amazing graphics, but robust and exciting to engage in.

That being said, the story of this game and the connection you make to the characters in this fantasy world are the bread and butter of what make this a must-have title.

Few games are satisfying as Destiny 2 in numerous ways. It has some of the best gunplay of any FPS game out there, and there’s just so much to do.

There’s a huge universe to explore with plenty of backstory both through in-game cinematics and story missions as well as through lore books.

The game is best played with friends, and it’s true that the Destiny 2 community on Stadia is at its lowest point ever in terms of player numbers. But that should hopefully change when Stadia Base hits.

When that happens, there’s a lot to look forward to. Even now it’s a game worth playing. Not only cause it’s free with Stadia Pro, but also because the gameplay is just fun.

Whether you want to traverse all the solo campaign content or party up and join a strike or raid, there’s a lot to acquire and achieve. If you love FPS games and you love loot, dive into this one.

Borderlands is an iconic looter shooter franchise that many will be familiar with. And borderlands 3 is the latest iteration in the series.

While I personally enjoy Destiny 2 more than Borderlands 3, this is higher up on the list for a few reasons. One is that Destiny 2’s community on Stadia is low right now. So some of the content is going to be harder to do unless you can always find a premade group.

Another is that Borderlands 3 is mostly focused on single-player content as well as co-op, as opposed to slightly open-world multiplayer.

Both are great games and both are worth your time, but at the moment Borderlands 3 deserves a higher rank for games on the Stadia platform. That’s also saying something, considering Destiny 2 is free and you have to pay for this game.

With Borderlands 3, you’ll get to play all new character classes, hunt down hundreds and hundreds of new weapons, and of course there’s even more Claptrap.

It’s also one of the largest if not the largest game in the series in terms of explorable space. You also get the option to choose between playing a male or female character. Opening up some of the gameplay narrative a little.

It features some of the best combat the AC games have ever had, without straying too far from the type of gameplay you would know and love from earlier titles.

It definitely isn’t required to play earlier Assassin’s Creed games before diving into this one, but it is fun to play them at some point as there will be little callbacks to those earlier games.

This is a little bit of a departure from the other Darksiders games, as it’s an isometric action RPG that looks similar to Diablo.

The gameplay though is still very much like the other games in the series and is probably the best title on Stadia right now. It’s also the first game in the series to let you play two different characters.

In Genesis you can freely swap between them at any time. Which gives this game a unique dynamic. Each character can be built out with various skills and abilities, and each character has strengths that will play better for certain situations.

So you’ll want to spend time and effort to build them both up as much and as often as possible. If you haven’t checked this game out yet, it’s entirely worth it. 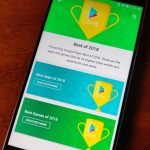 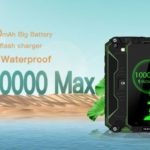 This smartphone surpassed the iPhone 7 Plus the power consumption