Pop culture is filled with countless badass professional killers. Though it’s a field that has been dominated by male characters, some of the coolest, coldest, and most capable hitmen have actually been hitwomen. Throughout movies, video games, television, and comics, female assassins have proven to be the best they are at what they do. Let’s take a look at the seven greatest female assassins in pop culture.

Director Luc Besson is well-known for creating kickass female assassin characters in his movies. From the youthful Mathilda in Leon: The Professional to the title character of La Femme Nikita, Besson expertly crafts stories about women who find a way to make a living through killing, and he’s at it again with Anna.

Filled with exquisitely choreographed action and combat, Anna once again sees Besson telling a story he’s very good at: an underdog hero’s journey about one woman who finds herself up against the world. Anna’s role in the field of global espionage means she’s thrust into tons of suspense-filled situations that require her to use cunning and intrigue. And Besson’s direction means that all of this peril is presented with high energy, surprising plot twists, and sleek cinematic flair.

Anna uses her cover as a breathtaking and successful model to disguise her real skill: murder. Her ability to move through the world unnoticed gives her an incredible advantage by hiding in plain sight. But, when she needs to get the job done, there is no one better at eliminating targets with frightening swiftness. There is no doubt that Anna is going to earn her place among the greatest female assassins in pop culture history.

The scrappiest and seemingly sweetest of the Stark children from Game of Thrones ended up as the most cold-blooded and effective killer in the entire show’s history. Arya Stark gained her fatal abilities from many different adventures and teachers, but it wasn’t until she trained under the harsh tutelage of Jaqen H’ghar in the House of Black and White that she became one of the biggest threats in the world of Westeros.

Arya’s steely demeanor and persistence made her a valiant warrior, and she proved that all her training was worth it when she became the one to kill the seemingly unkillable leader of the White Walkers, the Night King. Though she ended up relinquishing her assassin life in favor of becoming an explorer, Arya Stark will always be remembered for her kill list — and the way she crossed people off it.

Uma Thurman brought undeniable grit and determination to the main character of Quentin Tarantino’s revenge epic, Kill Bill. Formerly a member of the Deadly Viper Assassination Squad — whose members could fill up most of this list — the Bride was beaten and left for dead by her fellow assassins. After miraculously surviving, she hunted them all down in brutal and bloody fashion.

The Bride demonstrates an incredible variety of fighting styles and mastery of the Japanese katana. From fending off dozens of henchmen to one-on-one smackdowns with her old assassin crew, the Bride always comes out the victor. She might be bruised and beaten by the end of it, but you can always guarantee that she is the best killer in any and every fight.

Elektra Natchios is the greatest female assassin in the entire Marvel universe. Trained by Stick, the same martial arts master that mentored Matt Murdock a.k.a. Daredevil, Elektra was notorious as the top assassin for the Kingpin, New York’s premiere crime lord. When her paths finally crossed with Daredevil, she found herself falling in love with the mysterious masked vigilante.

Elektra has made appearances in both films and television, but it’s her comic book version that proves to be the one with the most staying power. With her signature bladed sais and a repertoire of ninja techniques at her disposal, Elektra is a lethal opponent that has since joined with the forces of good. Lucky for them. You don’t want Elektra on the opposing team because you won’t be going home.

When it comes to the various fighters in Mortal Kombat history, none are as vicious and deadly as Princess Kitana. Raised under the unforgiving care of Outworld emperor Shao Kahn, Kitana was brought up as Shao Kahn’s daughter and personal assassin. Eventually, Kitana learned that she was not actually Shao Kahn’s daughter and that she had been adopted after the warlord had conquered her parents’ realm. She turned on Shao Kahn and joined with fighters from Earthrealm to defeat the tyrant.

Armed with bladed fans that she can use in a variety of ways, Kitana has always been one of the most adept and fearsome warriors in the Mortal Kombat roster. Her tenacity, loyalty, and ruthlessness are never in question. If you need a combatant that will always hit her mark, you can’t go wrong with Kitana.

For the longest time, if you asked Star Wars fans who was the greatest assassin in the galaxy, you’d get an answer that might have you scratching your head: Mara Jade. Originally created by author Timothy Zahn in the novel Heir to the Empire, Mara Jade was raised by Emperor Palpatine and became one of his secret pupils. Eventually, she was given the title of Emperor’s Hand and became one of Palpatine’s deadliest trainees.

Under orders from Palpatine, Mara Jade was sent throughout the galaxy to track down and eliminate any threats that the Emperor felt needed to be dispatched. Thanks to her Force training and savage skill with a lightsaber, Mara Jade became one of the most fierce figures in Star Wars history. Though she did eventually marry Luke Skywalker and become a Jedi, we should never forget that the galaxy’s most feared assassin was a woman.

The Metal Gear Solid universe is filled with ferocious female assassins, but the original and best of them all is Sniper Wolf. Raised on the battlefield during horrendous wartime, Wolf was eventually rescued by the elite soldier known as Big Boss and trained with some of the greatest marksmen in the world. Eventually, she became renowned as one of the exceptional snipers in the world.

With an extraordinary level of patience and accuracy, Sniper Wolf was capable of waiting out her targets for days or even weeks without ever leaving her sniping position. Her strict training and addiction to a form of tranquilizer made her a quiet and unwavering opponent. When it comes to being terrifying and serene, no other assassin is as intimidating as Sniper Wolf.

This post is presented by Anna, from the creators of Lucy and The Professional, in theaters June 21. 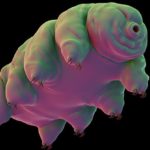 Scientists figure out how and where to appear tardigrades

Is The Trump Administration Gearing Up For A US TikTok Ban? 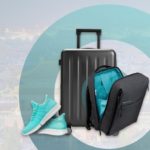